public safety Archives - 
Notice: Trying to get property 'session_id' of non-object in /home/palmhealthcare/public_html/wp-content/plugins/ninja-forms-legacy/deprecated/classes/session.php on line 122

The Dangers Of Mixing Prescription Opioids And Benzos 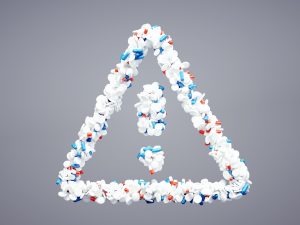 Benzos are so overused that they top all prescriptions in psychiatric medicine and are among the most prescribed medication of any type in the United States. Nearly 50 million benzos prescriptions are written every year.

Benzos are known for helping with anxiety disorders and insomnia, so what’s the big deal if they are heavily prescribed?

Well, there are a couple of reasons why this is a major problem.

First, there is evidence indicating these drugs do not work well over the long-term. Studies reveal that long-term use of benzos can increase anxiety symptoms. Furthermore, it is possible to treat anxiety and sleep disorders without medication, or at least with other medications besides benzos.

The second problem is the addiction and dependence risk. People who receive high doses of benzos can become physically dependent fairly quickly. Without medical supervision, the withdrawals from benzos are severe, ranging from intensified anxiety to high blood pressure, seizures, and convulsions.

The longer someone uses benzos, the greater the likelihood of addiction. People who misuse benzos tend to take higher-than-prescribed doses or mix the pills with alcohol or other drugs. Benzos are often chewed or crushed which interferes with the timed-release formula and speeds up the effects. This way of using benzos is extremely dangerous.

The true dangers of benzos really amplify when they are taken with other substances like opioids and alcohol.  The risk of combining benzos and opioids is well-known, yet many doctors prescribe benzos and opioids together to patients.

From 2001 to 2013, benzos and opioid prescriptions increased by 80%, according to an analysis by researchers at the Stanford University School of Medicine. It is not considered safe to use both together yet this is fairly standard practice.

Highlighting the dangers of benzos is not intended to diminish the significant dangers of prescription painkillers. Make no mistake, we are in the midst of an opioid epidemic, and opioid addiction has become a national crisis. However, in 30 percent of opioid-related deaths, a combination of benzos and opioids caused the overdose. That’s why it is so important to talk about benzos when we are discussing the opioid epidemic.

Why is this combination so deadly?

Opioids and benzos both slow down the body systems, particularly the respiratory and cardiovascular systems.  Therefore, it is not difficult to understand why this combination is so risky. You are essentially combining two substances that slow down the functioning of your body. If you add a cocktail on top of that, it only compounds the problem. In worse case scenarios, this combination of substances causes breathing to stop.

In addition, alcoholics regularly abuse the benzo alprazolam, known by its brand name Xanax. Alcohol is a depressant so combining alcohol with the sedative effects of benzos increases the likelihood of overdose and respiratory failure.

Should Doctors Take the Blame?

The use of benzos often begins in the form of a prescription. Dual prescriptions of benzos and opioids are far from uncommon. Doctors are more likely to prescribe to patients who complain of pain, anxiety, and insomnia during a limited 15-minute consultation time.

In this rushed state, a physician may desire to help a patient but not have the time to explore the underlying causes. Therefore, medication becomes the easiest treatment.  It unclear whether doctors are adequately warning their patients of the potential dangers of combining these drugs to help prevent addiction. As for now, it is difficult to place the blame on one person or thing, but one thing is for certain: people need to know the risks. 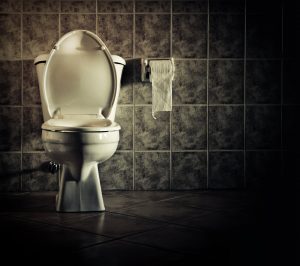 Public bathrooms are ground zero in the opioid epidemic, according to a recent report. Addicts like Eddie* know all about this. In an interview with NPR, Eddie declares every single bathroom in Cambridge, Massachusetts that he among many others uses to get high.

“I know all the bathrooms that I can and can’t get high in,” says Eddie, 39, in the interview.

“With these bathrooms here, you don’t need a key. If it’s vacant, you go in. And then the staff just leaves you alone,” Eddie says. “I know so many people who get high here.”

Even at fast food places, Eddie has his technique for gaining access.

“You don’t need a key, but they have a security guard that sits at the little table by the door, directly in front of the bathroom,” Eddie says.

“Some guards require a receipt for admission to the bathroom,” he says, “but you can always grab one from the trash.”

Businesses in the area struggle to come up with solutions to the problem. Some have installed low lighting, blue in particular, to make it difficult for users to find a vein.

The city of Cambridge plans to install “Portland Loos” in the heart of Central Square by the end of the summer.  The “Portland Loo” public bathrooms originated in the city of Portland, Organ. These toilets reduce privacy and ensure police can see in if they suspect illegal activity.

Furthermore, the Loos have:

Business owners hope that these bathrooms will relieve pressure on their bathrooms. However, others worry they will become a haven for drug use.

The bathrooms at 1369 Coffee House in Central Square are open for customers who request the code from staff at the counter. Owner Joshua Gerber required this step to make the bathrooms safer. He also installed metal boxes in the mall next to his toilet for needles and other things that clog pipes.

“We’d find needles or people’s drugs,” Gerber says to NPR. “It’s a tricky thing, managing a public restroom in a big, busy square like Central Square where there’s a lot of drug use.”

In recent years, Geber and his staff have found several people lying on the bathroom floor unconscious.

“It’s very scary,” Gerber says. “In an ideal world, users would have safe places to go that it didn’t become the job of a business to manage that and to look after them and make sure that they were OK.”

In the past, we have mentioned areas in Canada and some European Countries that offer safe areas to do drugs. The United States is slowly coming around to providing these facilities as well.  Though controversial, these safe needle injection sites offer a place for addicts to use drugs and reduce overdose fatalities. They also reduce crime and will hopefully reduce drugs done in public restrooms.
The city of Las Vegas plans to decrease the risk of sharing contaminated needles by installing vending machines throughout the city.  These vending machines would provide clean needles to addicts reducing infectious diseases. They would also offer disposal containers to dispose of needles safely. This would prevent needles from being disposed of improperly.

Officials in several states in America have proposed the implementation of supervised injection facilities, including:

Supervised injection facilities (SIFs) are legally sanctioned locations where people who use intravenous drugs can inject pre-obtained drugs under medical supervision. There are pros and cons to these facilities, however, they are likely to reduce drug sue on the streets and reduce infections from needle sharing. Furthermore, they reduce overdose fatalities.

Limits on Discussion and Direction

Overall, discussions on safety practices for bathrooms remain sparse. There is a reason why:

“It’s against federal and state law to provide a space where people can use knowingly, so that is a big deterrent from people talking about this problem,” says Dr. Alex Walley, director of the addiction medicine fellowship at Boston Medical Center.

Still, without guidance, many libraries, town halls, and businesses are shutting their bathrooms down to the public. Closing down public restrooms leads to more drug use, injuries and discarded needles on the streets and in parks with children playing.

There are a variety of methods that could make bathrooms safer for the public and drug users.

Very few bathrooms meet these standards in the United States. Sadly, as the opioid epidemic continues to take lives each and every day, these issues must be addressed. How can cities improve the safety of their public bathrooms?

Doctors, nurses and public health workers who help addiction patients every day argue the solution will have to include safe injection sites.

If communities like Boston start to reach a breaking point with bathrooms, “having dedicated facilities like safer drug consumption spaces is the best bet for a long-term structural solution that I think a lot of business owners could buy into, “ says Daniel Raymond. Raymond is deputy director of policy and planning at the New York-based Harm Reduction Coalition.

No business groups in Massachusetts have come out for such spaces yet. Time will tell what changes occur. Getting the right kind of treatment for drug addiction is paramount to progress. If you or someone you love is struggling, don’t wait. Please call toll-free now.

Could Mental Health Security System be the Future of Public Safety? 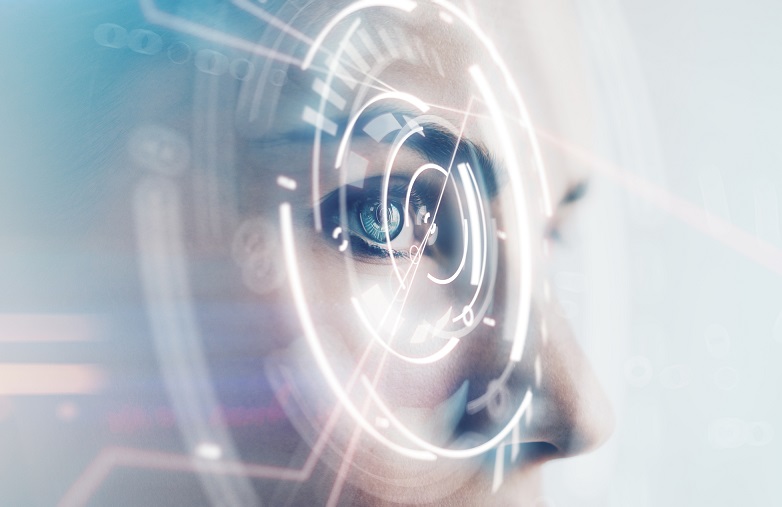 If there are any other nerds out there like me, you may have come across an abstract animated series called Psycho-pass that rose in popularity a few years back in 2012. The show’s name fits firmly into the primary premise of the show, an authoritarian future dystopia, where omnipresent public sensors ceaselessly scan the mental states of every passing citizen. In the TV show, collected data on both present mentality and aggregated personality data is used to gauge the probability of an individual committing a crime, the rating referred to as that citizen’s Psycho-Pass. Law enforcement and public security utilizes technology tracking mental health of citizens in order to premeditate possible threats. The characters chase criminals who the system deems emotionally or psychologically at risk, and the show adds a few good twists of suspense and philosophical paradox.

Needless to say, I am a big fan of the series.

So of course, seeing a headline explaining a new research project that could make this kind of system a reality, it stirs up some curiosity. This abstract concept of machines reading the psychological profiles of everyday people as a security measure has jumped right out of the world of sci-fi fantasy and could soon be another innovation that changes our world.

Could a mental health security system be the future of public safety?