When Food Brings On Compulsive Behaviors... 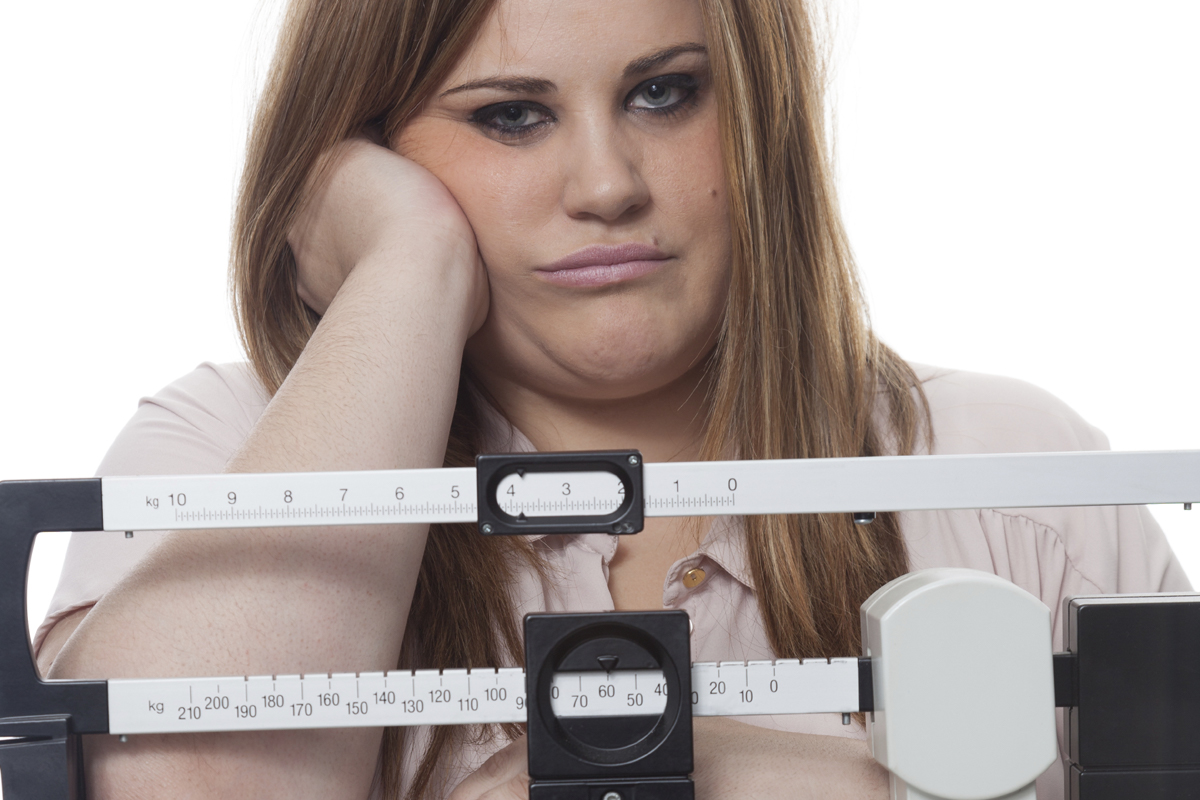 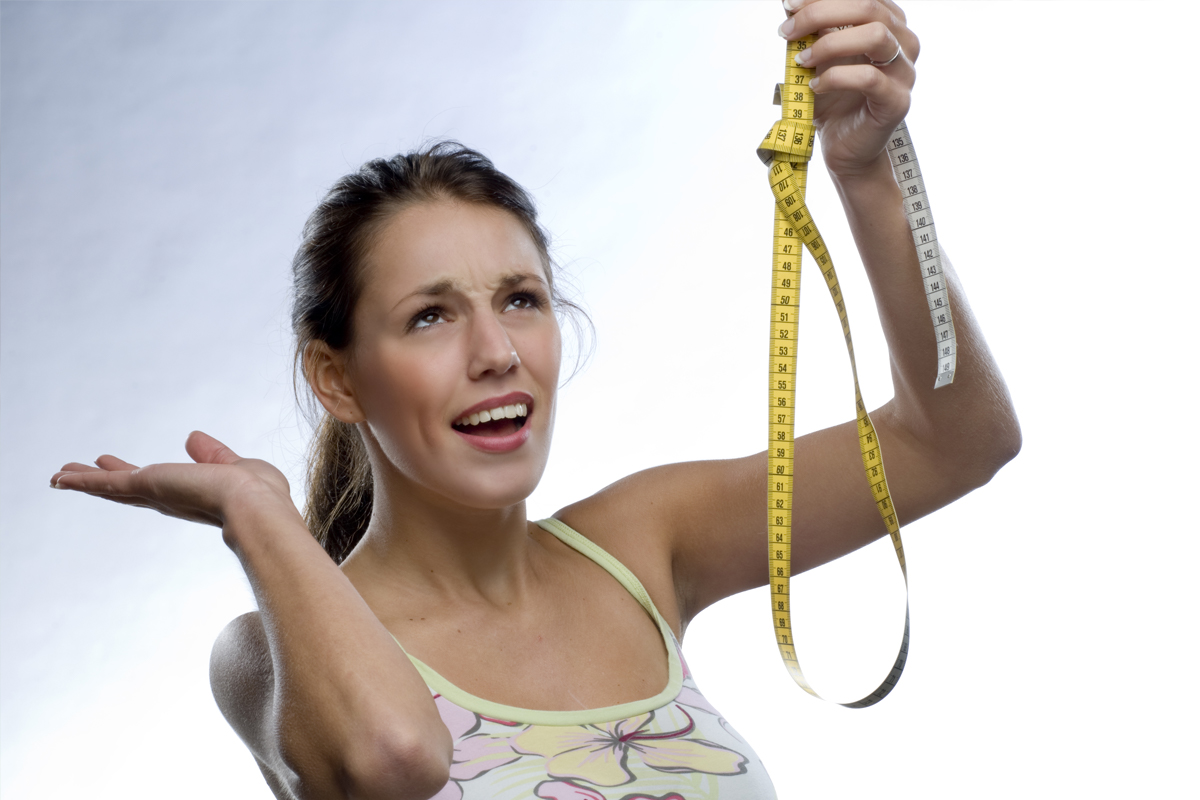 When you become so preoccupied with food and weight issues that you find it harder and harder to focus on other aspects of your life, it may be an early sign of an eating disorder. Studies suggest that 1 in 20 people will be affected at some point in their lives. Ultimately without treatment, eating disorders can take over a person’s life and lead to serious, potentially fatal medical complications.

Finally, the root cause of eating disorders and drug addiction are similar. Research suggests there is a genetic component to both as well as links to certain chemical processes in the brain. Personality traits such as impulsivity, social pressures, family dynamics, media messages, environmental triggers and emotional trauma all play into why these types of disorders tend to emerge in someone.

Eating disorders, as with addictions, tend to emerge during stressful times as a coping mechanism in order to deal with difficult emotions or to self-medicate. Underlying mental health issues like depression or anxiety tend to get swept under the rug in favor of addictive behaviors.  Both are chronic diseases with resistance to treatment and high relapse rates, requiring intensive, long-term therapy.

Anorexia nervosa is a serious mental health condition characterized by low body weight and an unwarranted fear of being overweight. People with anorexia go to extreme lengths to maintain a low body weight such as counting calories, excessively dieting, and over exercising.  The condition results in deep anxiety and body shape that originate from fear or being fat or desire to be thin.

People with anorexia have a distorted image of themselves. When they look at themselves in the mirror, they see themselves as fat when they are underweight. Anorexia most commonly affects girls and women; however, it has become more common in men in recent years.

Anorexia involves self-starvation. The body is denied essential nutrients, and over time it is forced to slow down all of its processes to conserve energy. When the body starts to slow down, it can result in serious medical consequences.

Side effects of Anorexia include

Anorexia is not something to take lightly. Anorexia has one of the highest death rates of any mental health condition.  If you or someone you know has any signs of symptoms of anorexia, it is crucial to seek treatment. The longer the disorder progresses, the lower the chances of recovery. 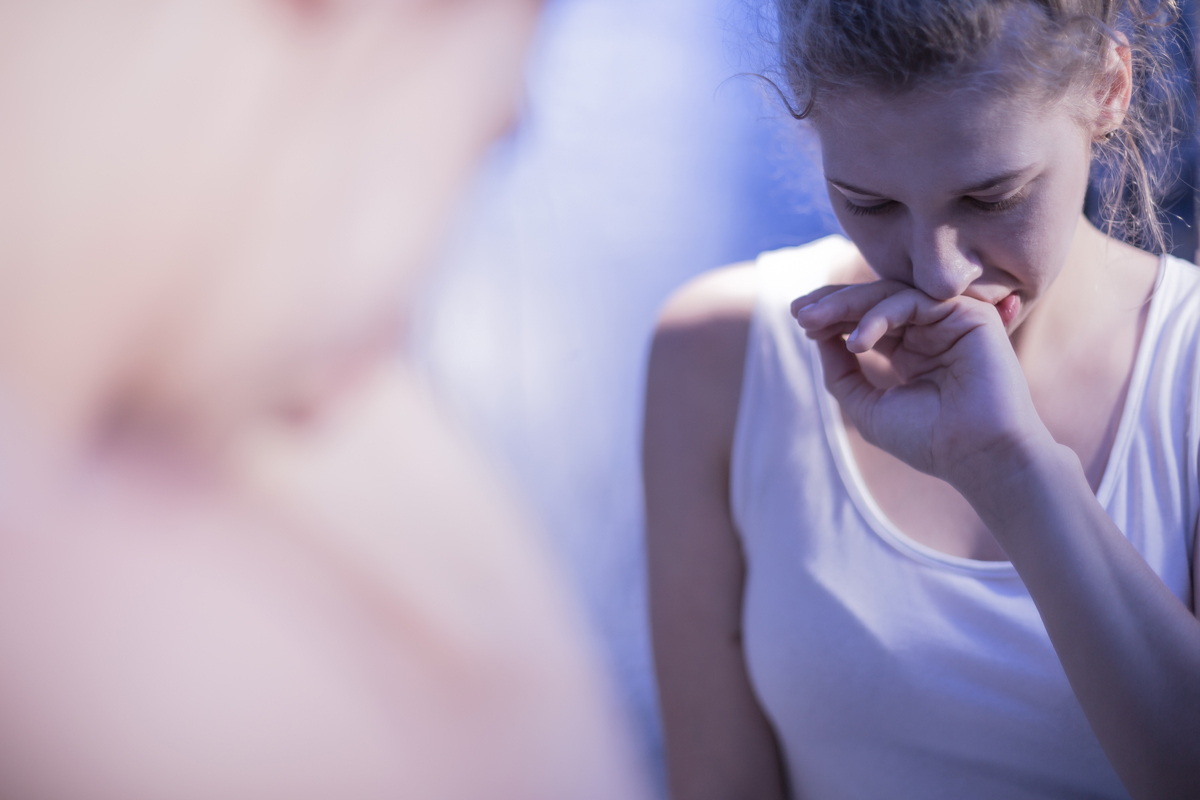 Bulimia nervosa is an eating disorder characterized by cycles of binging and purging. Type of purging includes self-induced vomiting, laxatives, excessive exercise, or periods of starvation. During the binge-eating episodes, a person with bulimia will feel out of control of their eating consumption. After binging, comes immense guilt about their eating behavior and they must go to great length to rid themselves of the calories.

Bulimia is a serious, life-threatening eating disorder. The chance recovery increase the earlier bulimia is detected. Therefore, it is crucial to be aware of the warning signs of bulimia.

Unlike anorexia, those who struggle with bulimia are often normal weight or even slightly overweight. As a result, a person’s destructive binging and eating behaviors may be minimized or considered normal by those around them. Unfortunately, this can make the condition harder to diagnose and treat.

To fully understand bulimia, you must understand the binge and purge cycles separately. Watch out for signs that reveal a pattern occurring of binging and purging.

Bulimia is a serious eating disorder that can result in irreversible complications, including death. Bulimia is often accompanied by co-occurring disorders like depression and anxiety. 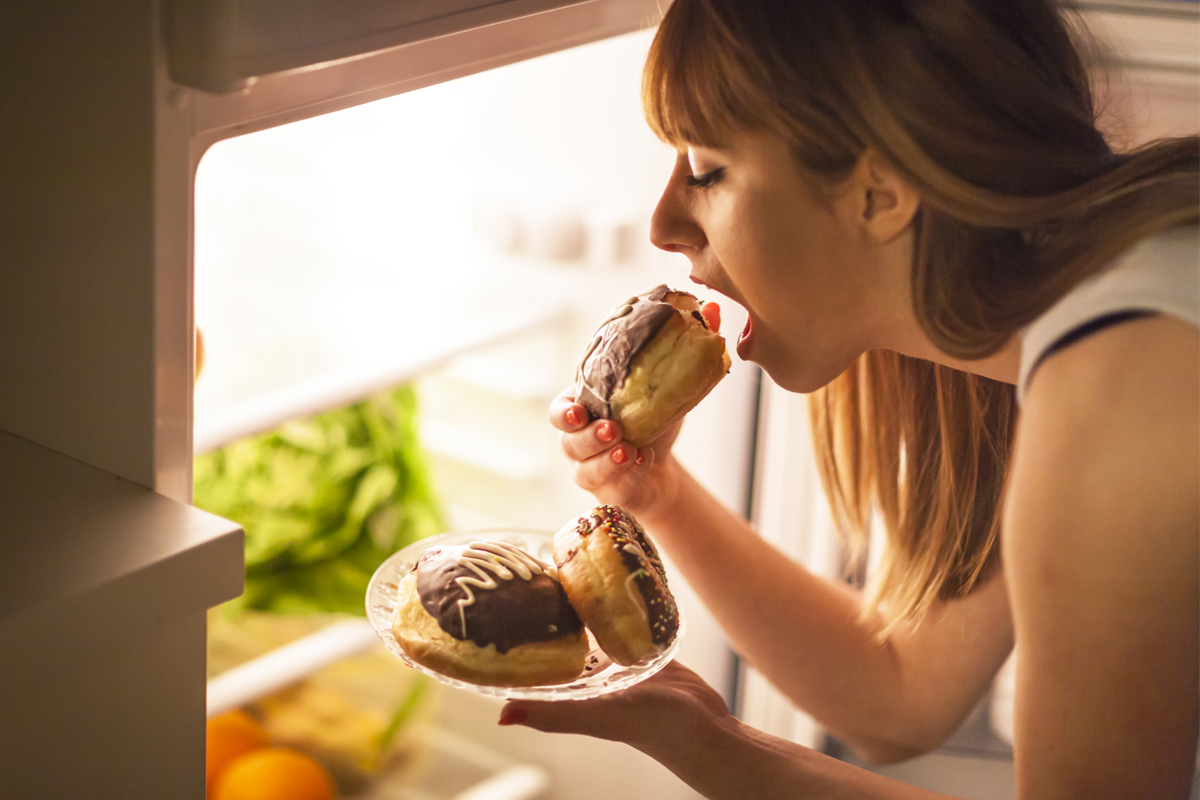 Once the binge cycle ends, there is a compulsion to find a method of purging to rid the body of the extra calories consumed. Purging can occur through various ways (vomiting, laxatives, and periods of starvation). In those with severe bulimia, they begin to purge even after consuming small quantities of food.

Compulsive overeaters have a tendency to use eating as a way to hide from their emotions and cope with problems in their life. Compulsive overeating is one of the most overlooked eating disorder because of society’s tendency to stereotype the individual by telling them to “just go on a diet.” In addition, eating high quantities of food is often part of the societal culture.

If left untreated, compulsive eating increases the health risk of:

Compulsive Overeaters tend to use food as a blockade against society. Survivors of past trauma commonly use food as an escape from their feelings. They feel guilty for being overweight and have very low self-esteem. Unfortunately, those emotions result in more food consumption to numb the pain.

Compulsive overeaters are different from those with bulimia because they do not purge after heavy food consumption. Therefore, they are more likely to struggle with their weight and self-esteem. Treatment for compulsive overeating is critical.

If left untreated, it can result in irreversible health complications.  Just like anorexia, bulimia, and other eating disorders, compulsive overeating is a medical disease that should be taken seriously. A combination of therapy and nutritional counseling along with support groups can help treat compulsive overeating. 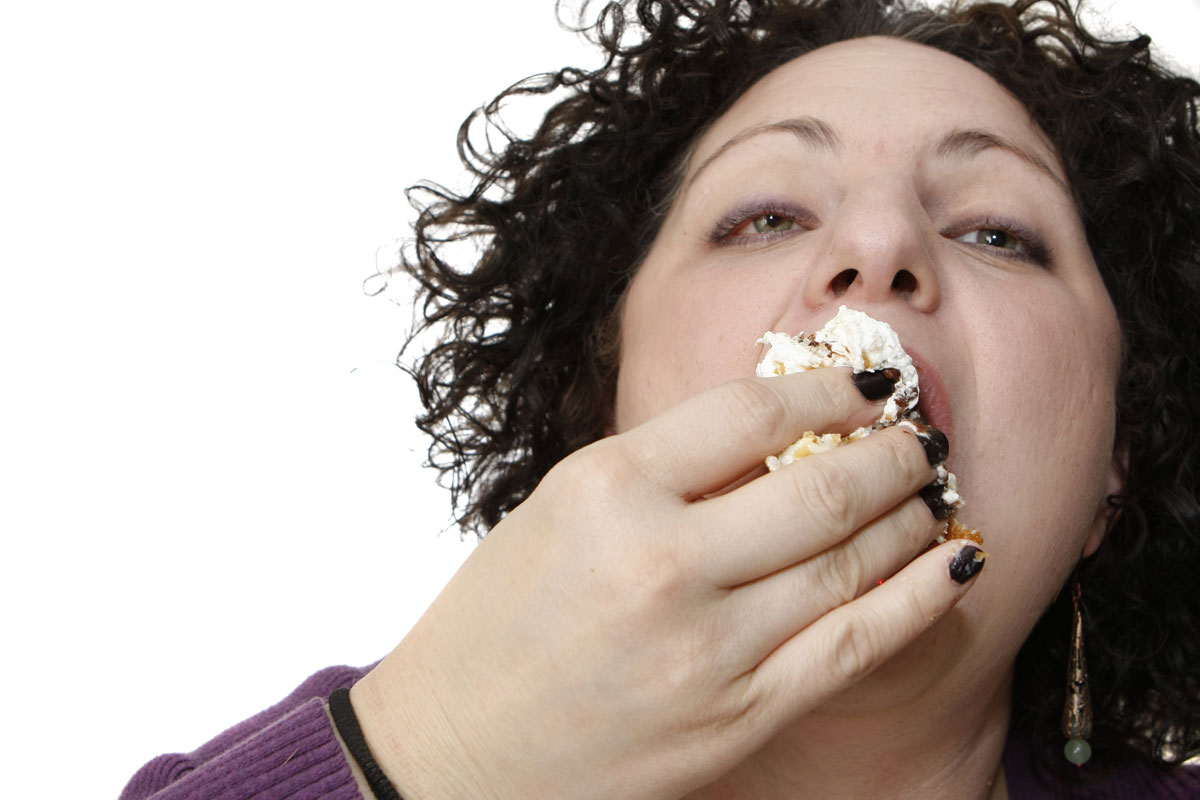 Body dysmorphic disorder (BDD) is a mental illness that involves an obsessive focus on a perceived flaw in one’s appearance. BDD is a distinct mental disorder because it shares some features with eating disorders and obsessive-compulsive disorder. BDD is similar to eating disorders because it involves a deep preoccupation with body image. However, a person with BDD is concerned about a specific body part.

People with BDD see themselves as “ugly” and often avoid social exposure. They may turn to plastic surgery to try to improve their appearance. A person with BDD can become so obsessed with their defect that it negatively affects their social, work and home life.

BDD is a chronic disorder that affects men and women equally. It usually begins around the teenage and early adulthood years.

The most common areas of concern for people with BDD include:

Other areas of concern: examples include fixation on size of penis, muscles, breasts, thighs, and presence of certain body odors.

Treatment for BDD may include counseling and antidepressant medication. Treatment for BDD is tailored to each patient, and it is important that combinations of treatments be utilized for best results. With proper treatment, a person with BDD can go on to live a healthy productive life. 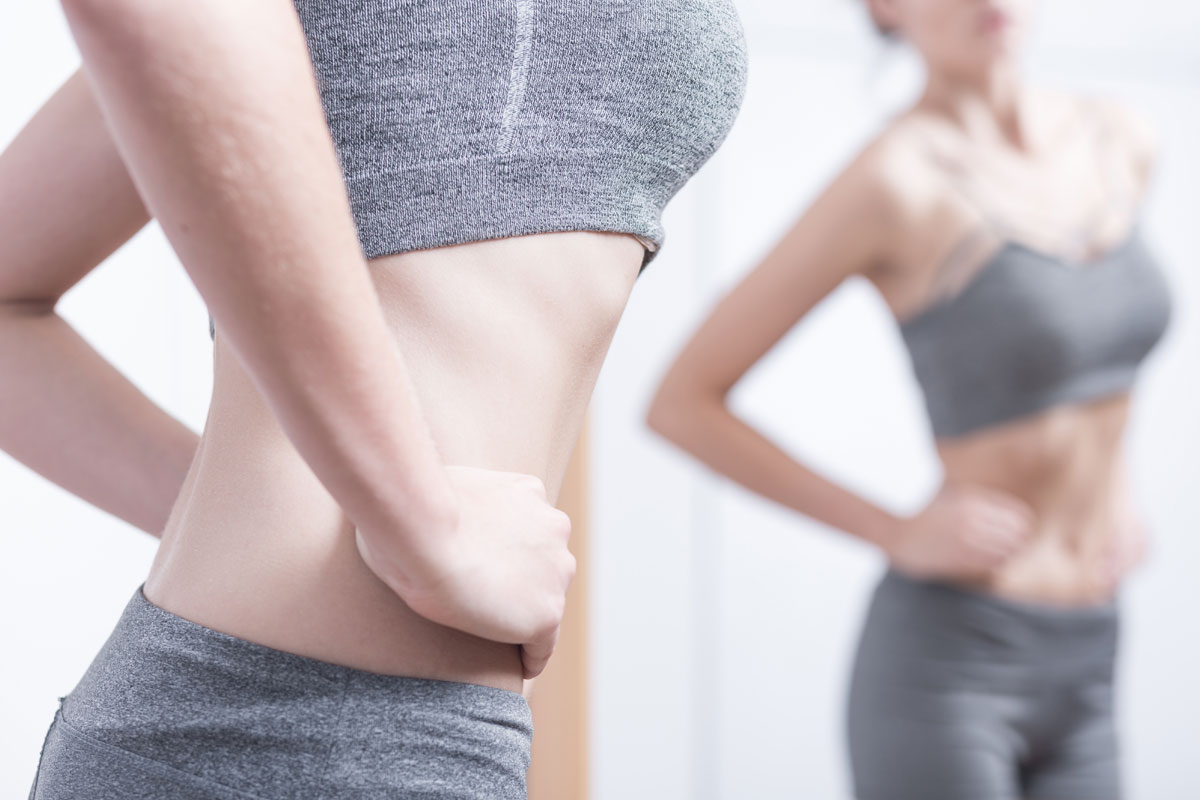