mental health disorder Archives - 
Notice: Trying to get property 'session_id' of non-object in /home/palmhealthcare/public_html/wp-content/plugins/ninja-forms-legacy/deprecated/classes/session.php on line 122 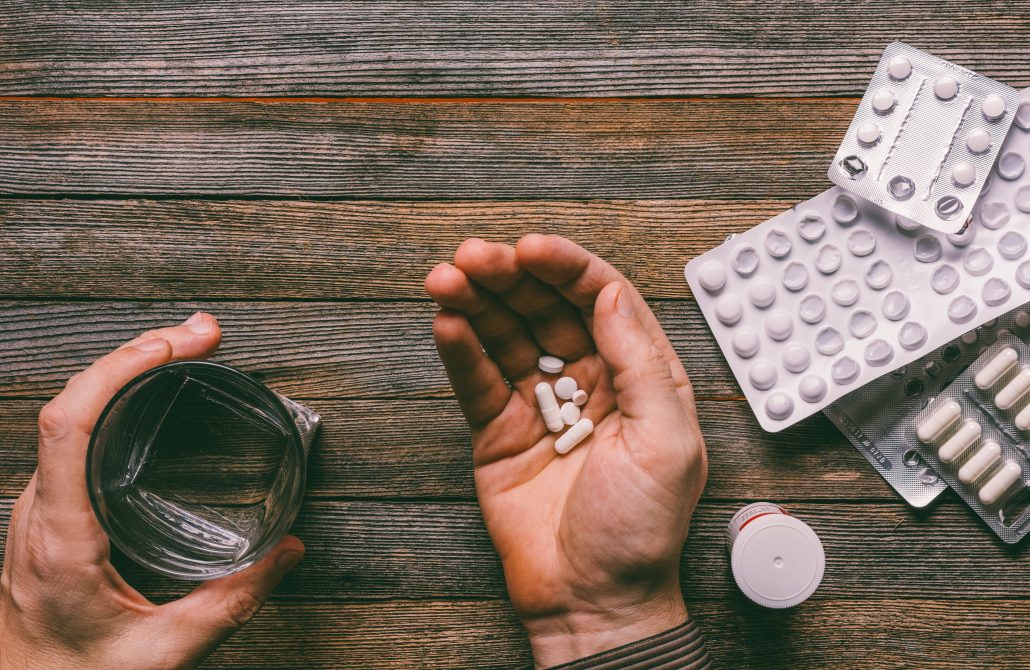 Over the last 15 years, the suicide rate has climbed by an estimated 32%. While the overdose deaths in relation to the opioid crisis have become a constant issue around the country, some researchers suggest that the real suicide rates are even higher, but some of them are being misclassified as overdoses.

The idea that many of the deaths recorded as opioid overdoses may have been suicides, according to the researchers, is due to a significant gap between suicide rates and intoxication mortality rates.

A study from the Luskin School of Public Affairs at the University of California, Los Angeles, was published in the journal PLOS One. This study states that both suicide and drug intoxication death rates in the United States have risen over a period of 15 years. Researchers compiled data from the Center for Disease Control and Prevention (CDC) to show:

This means that the drug intoxication death rate rose by 257% in those 15 years, while suicide rates only rose by 32%. While 32% is still a devastating number when it comes to such a tragic circumstance, there is still a huge difference between 32% and 257%. These researchers believe this major difference in the reports of mortality rates suggests a lack of suicide reporting.

One of the big problems, according to the study’s author Mark Kaplan, is resources. Kaplan is a professor of social welfare at UCLA, and he stated to local news sources,

“Unfortunately, part of the problem is due to serious under-resourcing of state and local death investigation systems throughout most of the U.S.

“Many of these deaths were probably suicides, yet reported as accidental self-poisoning rather than intentional self-harm, particularly among the middle-aged.”

The study by Kaplan and his colleagues further explains that when it comes to suicide by overdose, things like an individual’s psychiatric history or the presence of a suicide note are crucial to helping professionals identify a death as a suicide.

“A suicide note, prior suicide attempt or affective disorder was documented in less than one-third of suicides and one-quarter of undetermined deaths,”

“Our incorporation of undetermined deaths, as well as registered suicides, not only provided a window on the nature of suicide misclassification within the undetermined death category but within the accident category—as a much larger reservoir for obscuring drug intoxication suicides.”

So by acknowledging that there is not always an obvious indication that a death is a suicide, even in cases that are classified in suicide, the researchers believe that many deaths that involved drugs have most likely been categorized as overdoses instead of making a deeper inquiry into the circumstances surrounding an individual’s death.

With the opioid crisis in America, it has become even more difficult to measure the suicide rates. And that isn’t just this research teams opinion either.

In 2015, the CDC hosted a meeting to address the challenges presented for medical examiners and coroners across the country. The primary focus was concerning cases of fatal intoxication due to opioids and other drugs. The summary of this meeting concluded that drug intoxication deaths may be among the most difficult to determine regarding the manner of death. The summary notes that reasons for such difficulty in having a more accurate manner of death include:

Opioid addiction, much like any other form of substance use disorder, is often closely connected to other issues, including anxiety, trauma and mental health disorders. Some individuals living with mental health conditions who abuse opioids may be self-medicating and accidentally overdose. But others may be suffering so severely, with conditions like depressive disorders or bipolar disorder, that they ultimately take their own lives intentionally with the powerful drugs. With opioid abuse being so widespread and devastating, the line between the two has begun to blur.

Both studies mentioned clearly indicate in order to truly comprehend an accurate number of suicides by overdose, more research is needed. Both also admit that the number may never be exact.

Even though we will probably never have a definitive answer, the question is still important to ask. By knowing whether opioid deaths are caused by accidents or intentional we can develop better strategies to provide education and prevention.

This is also why mental health should always be a priority when it comes to addiction treatment.

Substance use disorder and suicide are both connected to mental health and personal wellness. Too often they both lead to avoidable tragedies. Therefore, mental health and wellness should be a priority for addiction treatment. If you or someone you love is struggling with substance abuse or addiction, please call toll-free now. 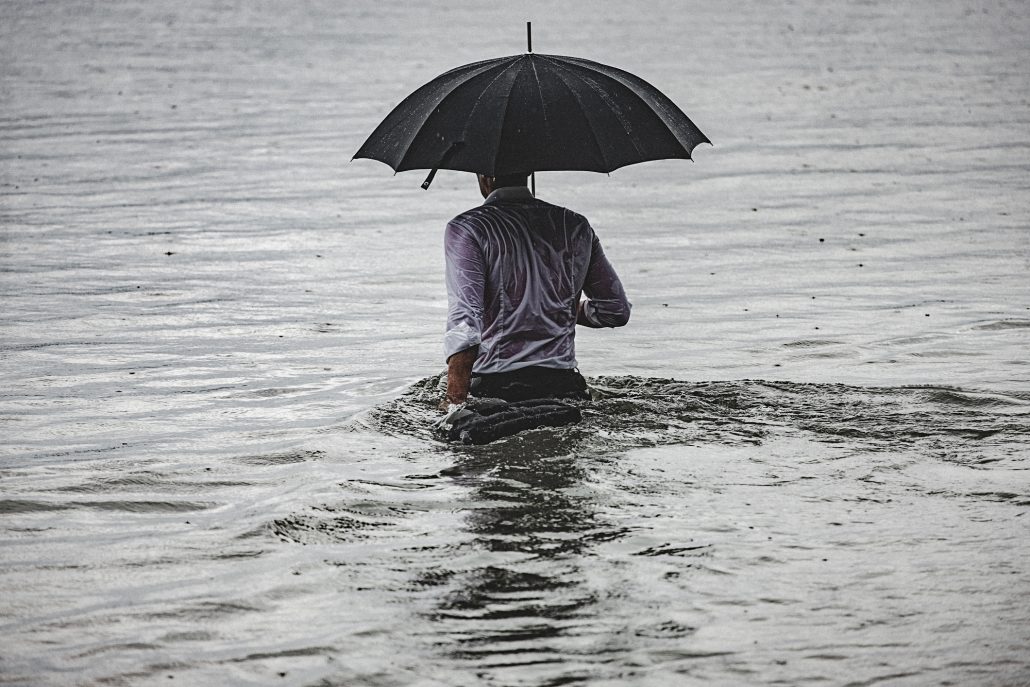 There are many national observances every month, all year round, that remind us of issues that may not always be on the forefront of our minds. These issues are typically not something everyone will put much thought into each day, but when we pause to acknowledge them for a few days at a time we may realize these are real problems that affect real people every single day. Some of these issues go unseen, like mental health disorders. One of these observances for the month of October is National Antidepressant Death Awareness Month.

If you never realized this was an actual observance, then that is kind of the point. The fact that this is enough of an issue to acknowledge for one month out of a year should speak volumes. The fact a lot of people don’t even realize it is happening says a lot too.

Let us be clear: this article is NOT to discredit or denounce the use of antidepressant medications. It is simply to acknowledge the importance of awareness and education.

So what does this observance mean?

The purpose of National Antidepressant Death Awareness Month is to remember those who have been injured or killed as a result of antidepressant use. Part of this commemoration is to urge people to always report any adverse reactions while taking any drugs to the FDA, especially in cases that end in death. Depression is a common mental health disorder in the United States. In fact, recent data shows:

Too often people joke about needing to “pop a Prozac” or “borrow a Zoloft” to relax, but these medications are nothing to play around with.

In 2016 reports came out about a suicide epidemic in America. According to the World Health Organization suicide was the 3rd leading cause of death in 2015, representing a 60% increase worldwide over 45 years! A report from the Center for Disease Control and Prevention (CDC) found an estimated 9.3 million adults in the United States (3.9% of the adult population) reported having suicidal thoughts in that past year.

With such shocking statistics, researchers decided to examine data on suicides and the antidepressants associated with some cases. Of most of the medications the most disturbing revelations were those for:

The review revealed that these antidepressants actually seemed to double the rate of suicide and aggressive behavior for adolescents and young people under the age of 18.

So drugs intended to treat depression actually increased risks of harmful side-effects. But even more disheartening is the fact the Big Pharma companies behind these medications were documenting “serious underestimation of the harms.” Meaning they believe drug makers misreported their findings from case studies. In many cases, researchers concluded more serious side-effects were being recorded as something else.

Antidepressant drugs can be very useful, but they are still drugs and should always be taken seriously. Not only can antidepressants be detrimental to emotional stability, but they cause various physical side-effects as well.

Some of the more common side-effects of antidepressants include:

There are other more serious health concerns that certain antidepressant drugs can contribute to as well, including:

Be sure to consult your doctor before discontinuing any medications as well. Some of these medications can cause adverse effects when abruptly discontinued. Again, the point of this conversation is not to scare anyone away from antidepressant medications; it is simply to encourage anyone who may be taking these kinds of medications to be aware and make informed decisions with the help of your doctor.

The connection between antidepressants and addiction isn’t as clear as other drugs. Doctors still debate the addictive nature of antidepressant medications, with most considering them non-addictive. However, it is possible to develop a dependence on antidepressants.

Antidepressant medications alter the brain’s chemical activity. So a lot of people use antidepressants excessively because they feel like they cannot function normally unless chemical changes in their brain activity take place. So while antidepressants may not be as addictive as other narcotic medications, people can depend on the drug to feel ‘normal’.

The use of the drugs also becomes even more dangerous when combined with alcohol. People suffering from addiction to other drugs, including alcohol, also run a higher risk of abusing their antidepressants.

Combining alcohol and antidepressants can cause problems such as:

Of course, no one should ever be afraid or embarrassed about taking an antidepressant medication. That kind of assistance can be an essential piece of someone’s balance in life, and there is no judgment.

In the realm of recovery from drug or alcohol addiction, it is important for people to understand the difficulties that others may face and accept that medical assistance might be necessary for some people to safely and comfortably grow while letting go of other dangerous substances. As long as people are willing to be mindful of how a medication effects them and take appropriate steps to protect themselves, recovery with the help of antidepressants is absolutely possible.

Approximately one in every eight adults in America take antidepressants, which are among the most commonly used medications. These medications can be life altering and important to overall health, but they must be taken seriously. This month we remember all those who have suffered through depression and been adversely affected by antidepressants. We remember those who lost their lives due to complications related to antidepressant medications, and we strive for better understanding and use of these medications to preserve lives.

Abusing prescription medications like antidepressants is extremely dangerous, and if you are trying to overcome an addiction or mental health disorder this can put you in even more danger. Getting the right kind of treatment can make all the difference. If you or someone you love is struggling, please call toll-free now.