heroin withdrawals Archives - 
Notice: Trying to get property 'session_id' of non-object in /home/palmhealthcare/public_html/wp-content/plugins/ninja-forms-legacy/deprecated/classes/session.php on line 122

How Long Do Withdrawals Last? 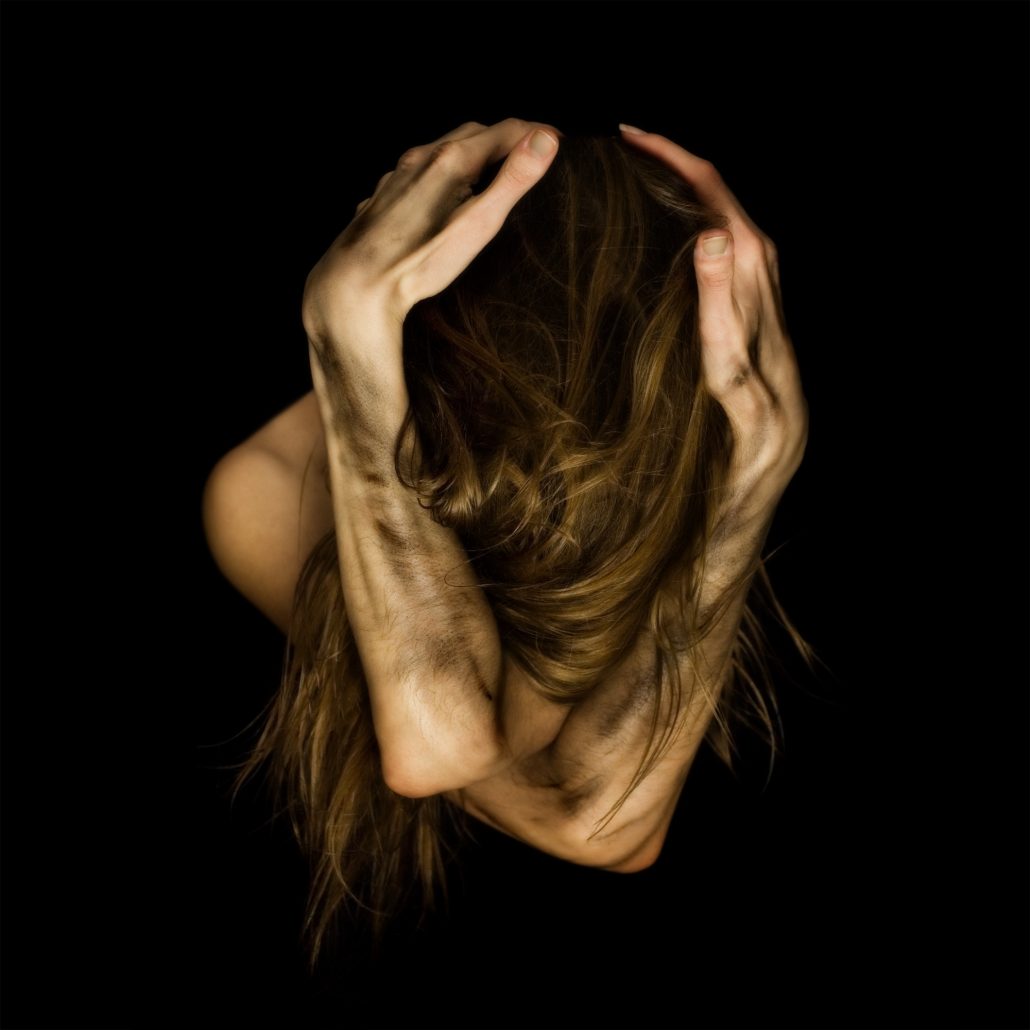 Here we are going to take a look at withdrawal symptoms. We will look at what they are, what determines how you will experience them and talk about how long they last. Then, what is the best way to overcome withdrawals.

How Long Do Withdrawals Last: What is Drug Withdrawal?

Drug withdrawal refers to the group of symptoms that occur upon the sudden discontinuation or even the decrease in consumption of prescription medications, illegal recreational drugs or even some other everyday substances like caffeine.

In order to experience withdrawal an individual must have first developed a dependence on the substance. This dependence can be physical, psychological, or both. Using a substance for an extended period of time will cause the body to gradually adapt in one way or another until it has become used to having it. Once the substance is removed or decreased, there becomes an imbalance in the body or mind as the individual is used to functioning with the substance.

How Long Do Withdrawals Last: Period of Use

Because the body takes time to become dependent, the longer you are using a drug the more tolerance you build to it. Also, the functions of the body and mind can be altered by prolonged drug use to the point where they may take a long time to full heal. In some instances research has suggest there is damage that cannot be undone.

Of course one of the primary factors to answering this question is to identify the specific substance. Different substances will create different withdrawals, which will last different lengths of time and impact an individual in different ways. Some examples of specific withdrawals and how long they last include:

So prolonged use of anti-depressants like the benzo drug Xanax will cause a much different reaction that withdrawals from an opioid like heroin. Some may be the same.

Don’t forget, these symptoms can be made even worse depending on other factors, such as length of time the substance has been used, at what dosage and how the drug was consumed.

Many sources have gathered data that could be used to make a rough estimate of how long withdrawals may last for certain substances. However, this general timeline cannot be guaranteed to be accurate considering each individual’s own health and habits can make these timelines vary.

The data for these numbers can be found through the National Institute on Drug Abuse (NIDA) and various other sources.

Withdrawal symptoms will still depend on the many factors we have already mentioned, including the individual’s general health in the first place. Some drugs cause very real damage to the vital organs that can creature further complications with withdrawals.

To avoid the pain, discomfort and health risks of withdrawal from drugs or alcohol do not detox at home. A safe medical detox is the best way to get the effective and comprehensive help you need to stay healthy while receiving quality care. Medical detox provides a safe and secure space to get through this beginning difficult stage of recovery.

The Palm Healthcare Company detox facility has a 24-hour medical and addiction professional staff to continuously evaluate individual progress, administer the appropriate medications, if needed, and provide unlimited support during this process.

Our highly qualified specialists genuinely strive to make recovery possible for everyone who needs help. If your or someone you love is struggling with substance abuse or addiction, please call toll-free.

How Long Does Heroin Stay in Your System? 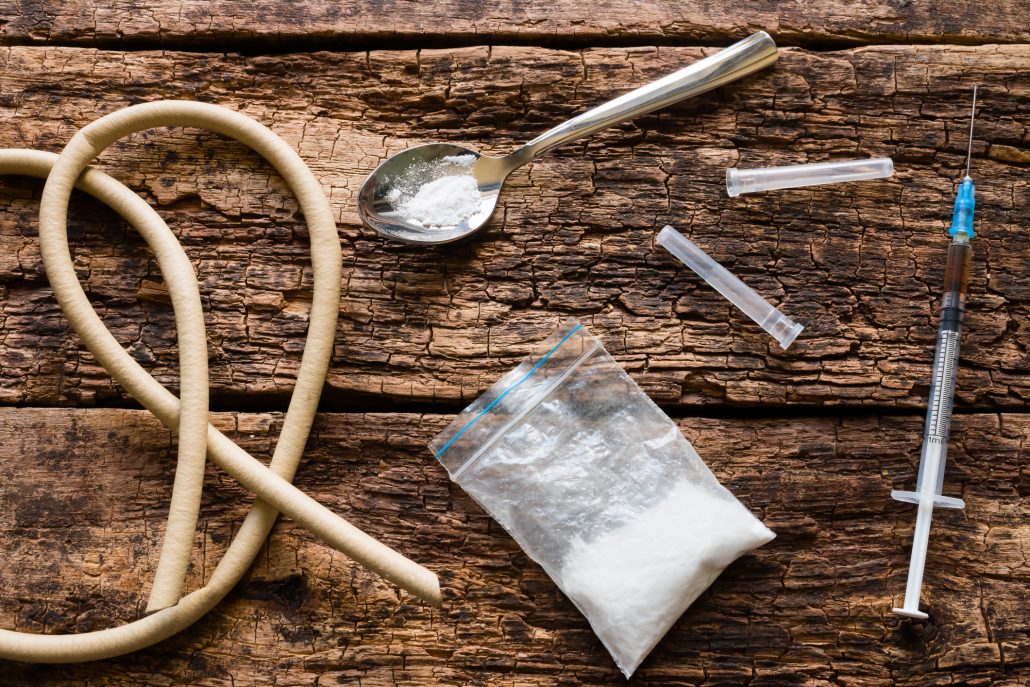 Heroin (diacetylmorphine) is a Schedule I controlled-substance in the United States and is considered by many to be the most addictive drug in the world when compared to other more popular illicit drugs. Heroin is typically associated with the highest likelihood of developing an addiction both psychologically and physically.

Given the fact that the country is facing the most deadly drug epidemic in American history thanks to the opioid overdose outbreak, heroin abuse is now a primary concern facing most of the nation. Other opioids, like prescription painkillers, have contributed to the rising rates of heroin use, and the addition of other potent drugs like fentanyl, heroin is more dangerous than ever.

Heroin overdose is currently one of the top causes of accidental death. People use more than the body can handle and it shuts down. Also, the withdrawals of heroin can be particularly difficult. So how long does heroin stay in your system?

How Long Does Heroin Stay in Your System: Important Elements

When asking how long does heroin stay in your system we have to examine some of the important elements that impact the effects of heroin on the body. Heroin is typically injected intravenously to make a faster impact, but it is also smoked or snorted. Heroin has longer lasting effects compared to drugs like cocaine and meth, but it also has a shorter half-life of only approximately 30 minutes.

What does half-life of heroin mean? Essentially, when an individual uses a single dose of heroin, it will take about 30 minutes for half of the drug in the person’s system to be flushed out. However, some studies actually suggest that this half-life is as short as 3-8 minutes, not 30.
The accurate amount of time it would take is not cut and dry. The half-life of heroin depends on a number of factors for each individual, including:

Not all bodies are the same, so of course not all bodies will be able to get rid of heroin at the same exact rate. A body with more fatty tissue and less hydration will probably retain the chemicals longer than someone well-hydrated with a lean build.

How Long Does Heroin Stay in Your System: Drug Testing for Heroin

Some might hope they can measure the presence of heroin in the system based on drug tests. Of course the length of time a drug is detectable with a drug test depends directly on the rate at which heroin leaves the body. Different drug tests often have different lengths of time they measure, so one might be able to tell you someone used heroin, but it may not be particularly active in the body.

Approved drug tests through the Food and Drug Administration (FDA) for heroin use:

Heroin is typically no longer detectable in a person’s urine after just 2 days, but some tests have detected positive results in up to 7 days.
Blood and saliva tests aren’t often used for most opioids because they have such a short half-life. It can only take about 5-6 hours for heroin to be undetectable for these tests, but in some cases it may actually last up to 2 days.

The only effective long-term test for traces of heroin is the hair follicle test, which can detect heroin for up to 3 months or more. However, if you are trying to find out if heroin is still active in the body, the long-term doesn’t really help.

Many tests now look for heroin metabolites, which are what is created when the liver metabolizes the drug. These stay in the system much longer than the actual intoxicant, so while you can detect the presence of the metabolites, the drug itself isn’t necessarily active. However, many believe that among long-term and/or frequent heroin users, the drug may actually remain in a person’s system for much longer than detectable on a drug test.

How Long Does Heroin Stay in Your System: Withdrawal

One reason many people will want to know how long heroin stays in the system is for the sake of overcoming their withdrawal symptoms. Especially for those who are familiar with suffering through these painful periods of abstinence, the question of how long does heroin stay in your system is about avoiding extended discomfort.

Withdrawal symptoms of heroin include:

How Long Does Heroin Stay in Your System: Overdose Danger

One big reason things like the half-life matter is because of how it increases the risks of overdose.

If we say that after ingesting heroin approximately 50% of the drug has been cleared from the body in somewhere between 8-30 minutes, what tends to happen during this time is that many people assume by time their “high” ends, most of the heroin is already fully cleared from their system. However, when the “high” ends, up to 50% of the heroin will still be in your system, and so will its metabolites! So while some people think the high wears off that quick so they may think it’s safe to do more, there is still a fair amount of that drug present in the body.

Although heroin is quickly metabolized and eliminated from the body, its metabolites remain present for a longer duration. When heroin is used it is de-acetylated into 6-monoacetylmorphine (6-MAM). This chemical then metabolizes into morphine. Morphine’s half-life is estimated to be between 1.5 and 7 hours. As a result, the morphine in the body created by using heroin could stay in your system for 1.60 days before it is entirely eliminated.

So when we ask how long does heroin stay in your system, it isn’t a one-size-fits-all thing. What we can say is that one thing the probably contributes a lot to the skyrocketing rates of overdoses and deaths is that people don’t understand the heroin half-life or how long it stays in the system.

The longer the drug is in the system, the harder it will be to detox from it. That is why medical detox is so crucial to effectively and safely getting off of heroin. It also shows why treatment can be critical to lasting recovery. If you or someone you love is struggling, please call toll-free now.