Cory Gardner Archives - 
Notice: Trying to get property 'session_id' of non-object in /home/palmhealthcare/public_html/wp-content/plugins/ninja-forms-legacy/deprecated/classes/session.php on line 122 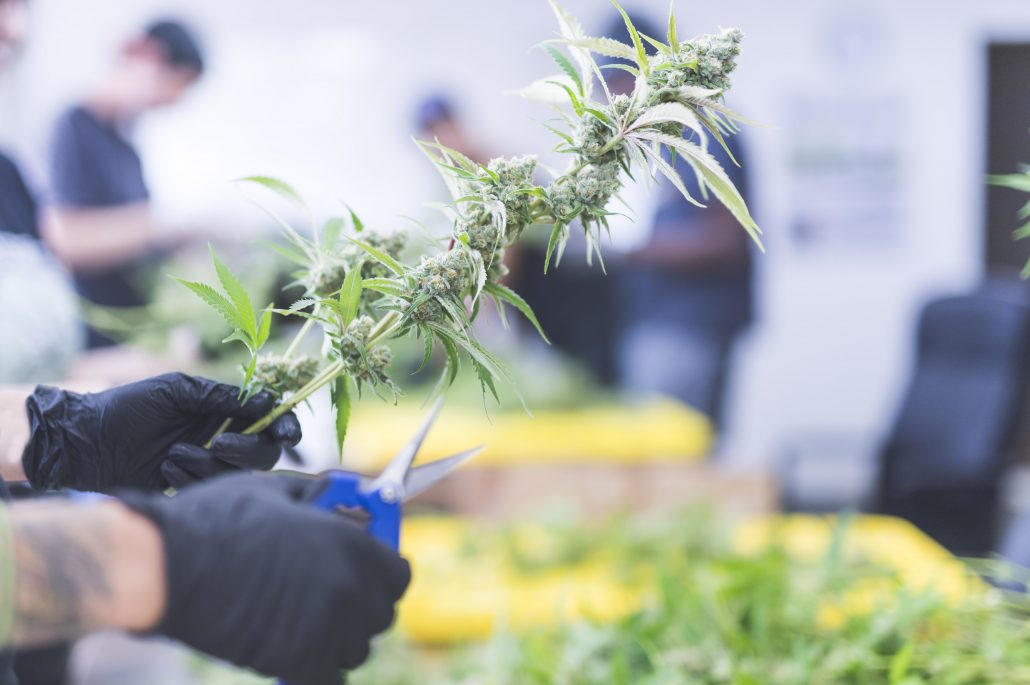 When the Trump administration’s Attorney General Jeff Sessions said in January he was determined to “return to the rule of law” in America, with the intention of enforcing federal prohibition of cannabis in all 50 states, it created quite a bit of backlash. Many officials in states where marijuana had been legalized either medically or for recreational use spoke out against it.

Now, it seems President Trump himself is turning on Sessions. A recent report states that Trump has promised to support legislation that will protect the marijuana industry in states that have already legalized the drug.

During the 2016 Presidential campaign, then-candidate Trump was relatively inconsistent about his own position on cannabis. At one moment, he would pledge that he was going to respect state’s rights when it came to legalized marijuana. Then, he would criticize legalization and imply that it had to be stopped.

In 2015 at the Conservative Political Action Conference, he said recreational pot was “bad.” He even criticized Colorado, which was the first American state to legalize recreational marijuana sales, saying:

“They’ve got a lot of problems going on right now in Colorado – some big problems,”

But then a year later, on the campaign trail, Trump changed his tune during an interview in Colorado, saying:

“I’m a states person, it should be up to the states, absolutely.”

While it isn’t impossible to be opposed to recreational use while still supporting a state’s right to decide for themselves, many were still blindsided when Sessions made his announcement back at the beginning of the year that he doing away with the Obama era policy of non-interference with state laws on cannabis. At the time, Sessions stated:

“The previous issuance of guidance undermines the rule of law and the ability of our local, state, tribal, and federal law enforcement partners to carry out this mission.”

One person in particular who was taken aback was Colorado Republican Senator Cory Gardner, who said Sessions had promised him he’d do nothing to interfere with Colorado’s growing marijuana market.

Senator Gardner was not prepared to sit this one out, either. In protest of Sessions, Gardner used his power as a senator to block all appointments to the Department of Justice. Gardner’s pledge is especially impressive as a Republican fighting an administration run by members of his own party.

It did not go unnoticed. Other GOP members were not happy about Gardner’s insistence. Last month Gardner actually allowed some nominees to proceed as a show of “good-faith”. For months the senator has been meeting with the Justice Department to discuss the issue. Now it finally seems it may be all paying off for Gardner.

Following a promise from the Trump administration, Gardner said he would be fully releasing his holds on DOJ nominations. Gardner states,

“Late Wednesday, I received a commitment from the President that the Department of Justice’s rescission of the Cole Memo will not impact Colorado’s legal marijuana industry.”

“-that he will support a federalism-based legislative solution to fix this states’ rights issue once and for all.”

Currently, the drafting of legislation to protect states with legalized marijuana is underway. Some speculate it may be modeled after another Obama era budget amendment that prevented the Department of Justice from spending money to enforce federal laws against states where marijuana had been legalized, permitted the state law was being followed.

While at this time Sessions has not made a public statement about this development, sources familiar with the topic report that the Justice Department was not consulted before the phone call between Trump and Gardner.

So the next question is, will President Trump follow through on this promise? What kind of legislation is he willing to support? What language will be used to ensure that states have the ability to decide their own legal status and regulations for cannabis?

While the legal status of cannabis may change as the government adjusts to new policies, the fact remains that it is still possible to abuse marijuana. Even when drugs are legal, there are still plenty of risks. We know this because there are drugs that have been legal for decades but still manage to negatively impact thousands of people. Habitual substance use can be extremely harmful, especially to someone who struggles with substance use disorder. Even marijuana can have adverse effects on the quality of life for someone with a substance abuse problem.

Cannabis is not commonly considered to be as dangerous as other illicit drugs, such as heroin or methamphetamines. However, people who use the drug can still experience different levels of dependence. Marijuana may not be as physically destructive and addictive as other “harder” drugs. However, psychiatrists also believe the psychological impacts of substances do make a difference. Psychology effects can be just as detrimental.

Getting help for marijuana abuse starts with a secure environment that offers a variety of therapeutic opportunities. Developing a healthy lifestyle without relying on the use of drugs is a crucial element of treatment for marijuana abuse. So as policies and public opinions change regarding cannabis, we should also make sure that there are always resources to help those who struggle with substance use disorder.