Charlottesville Archives - 
Notice: Trying to get property 'session_id' of non-object in /home/palmhealthcare/public_html/wp-content/plugins/ninja-forms-legacy/deprecated/classes/session.php on line 122 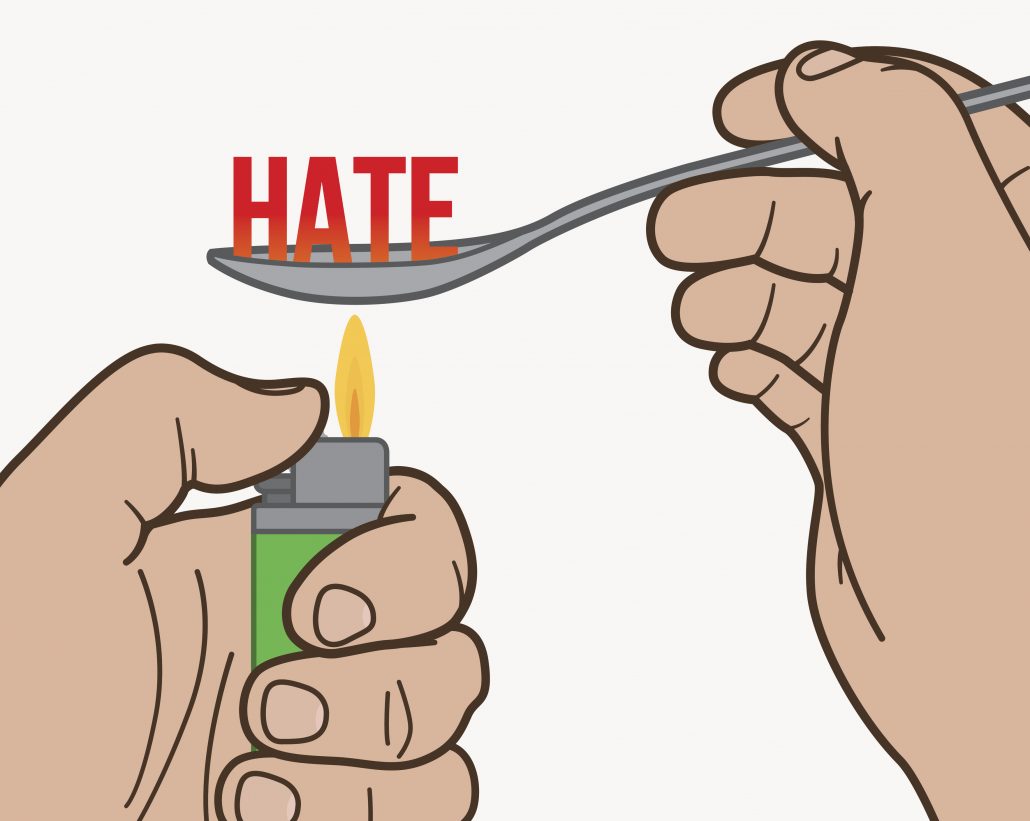 Anyone can see that these are divisive times.

Today, the University of Florida in Gainesville is bracing for the impact of another contentious event. Known white supremacist Richard Spencer has been scheduled to arrive today on campus to deliver a speech, promoting his openly racist and radically white nationalist ideals. A guy who seems to have a knack for intentionally stirring up racial tension in public, preaching about ‘peaceful ethnic cleansing’, and waving around tiki torches like nobodies business.

With so many other troubling things happening in America; the ongoing opioid crisis that is killing tens of thousands every year; the debate on gun control following the tragic mass shooting in Las Vegas; the concern over environmental deterioration or the devastation caused by recent Hurricanes to states like Texas and the island of Puerto Rico, doesn’t it seem we already have plenty to argue about?

How do voices like Richard Spencer spark our addiction to the controversy?

The event is scheduled for this afternoon and will be the first college visit Richard Spencer has made since he and others participated in the “Unite the Right” rally in Charlottesville, Virginia.

The same day where the horrific display of people marching down the streets of an American city with Nazi flags and Ku Klux Klan symbols, many of them armed, clashed with counter-protestors. The same day a young woman was killed when a white supremacist rammed his car into a crowd of anti-racist protestors.

Richard Spencer stood on the side with neo-nazis and klansmen.

On Monday Rick Scott, Florida Governor, declared a state of emergency for Alachua County to enable law enforcement to work together more effectively at preventing violence. There has also been the talk of activating the National Guard if necessary.

Of course, Richard Spencer took all this extra precaution as an opportunity to pat himself on the back. He’s alleged to be absolutely flattered by the state of emergency on his behalf.

One thing that always comes to these kinds of conversations is the discussion of people’s first amendment rights. When we get to the topic of whether universities should permit speakers to come to their campus, people always argue that the individual’s freedom of speech should be a priority and that these institutions should allow people who are controversial and divisive to speak, regardless of the harm or outrage caused by their poisonous rhetoric.

In this writer’s personal opinion– (and I know this may sound weird)- I agree with letting people I disagree with have a chance to talk. If we give those we think are wrong a chance to speak, we can engage the conversation and challenge them. If we completely silence all ignorance I think we can’t comprehensively address it.

The problem I take with situations like this is hearing that the University of Florida is spending over $600,000 on additional security for this event in order to protect white supremacists. Money coming from taxpayers that could be spent on providing tuitions for who knows how many students.

Of course, this is because UF is a public university, and is therefore prohibited from stopping the event based on the contents or views of the speech. The university provided a permit for Spencer to speak, but the event is unaffiliated with the school, and no student groups sponsored the speech or invited Spencer. Plain and simple, it is an absolute set-up for a huge fall-out. And the university is not permitted to defer the costs of protecting Spencer to him or his alt-right movement.

Perhaps the greatest hypocrisy I see here is that the organizers for Spencer’s speech supposedly will only allow people who look like alt-right supporters to be among the 700 people inside the Phillips Center for the Performing Arts. I can only guess what they look like.

So in essence, Spencer’s right to preach hate on a college campus should be a priority (sarcasm implied), even if the vast majority of students disagree with his oratory… But no one who disagrees with him should be allowed to participate in the dialog?

Our Addiction to Controversy and Outrage

Of course, just participating in this conversation is part of feeding the controversy. Therefore, this article in and of itself is putting the focus on the divisive subjects that push people into radical ideologies and pull communities apart. But the conversation still needs to be had; why are we so addicted to this kind of conflict?

Did you know our neurobiology rewards our outrage? A simple reason we are addicted to the controversy is that our outrage does feel good.

Our anger overrides all other moral and rational constraints in the brain because it originates from our primordial, original limbic system. This is the part of the brain where our most automatic emotions like fear and desire come from.

The limbic system has the most direct links to our fight-or-flight response system. It controls our adrenaline rushes, alertness, and other instincts. Controversy and outrage tap into those instincts and we can become addicted to the rush we experience through the limbic system.

The ego is a primary fuel source for our outrage and our attraction to controversy. Not only do we get a thrill from the debate and a rush from feeling right in a debate, but it is a way we overcome our own feelings.

Anger can be triggered by feelings of insecurity or weakness. Our outrage is a surge of emotion that flows in to overcome those feelings of fragility. So our outrage and immersion into controversy make us feel stronger or superior.

Addiction compels you to chase a high that only makes you feel worse; it reduces you to a lesser version of yourself. It seems, however, that Americans are largely addicted to controversy and discord. When you look on social media or watch television it appears evident we are adopting a society that is hooked on hostility and that undervalues empathy.

How did this happen? Simple; More than most drug addicts, our dealers are literally everywhere! The business of controversy is an ugly but lucrative one. Any drug trafficker knows how that is. Many people who dig up every piece of offensive, frightening or infuriating news to publish don’t typically let it bother them in the same way. Especially online in forums, most posters are thrilled to pedal it because they know their addicted customers all too well.

True Strength is in Unity

The truth is, being ‘right’ or debating better than others doesn’t make any of us stronger. Our true strength comes not from our addiction to being smarter or superior in any way. ‘Alt-right’ is not the future, it is a reprehensible and sectarian atrocity that should not be given even a finite measure of merit. But people will thrive off of the discourse it will create.

Contrary to the garbage Richard Spencer will spew about diversity being an evil and an unnatural threat to the supremacy of the white race, diversity, and unity despite our differences is what gives us true strength. It almost seems ridiculous that as adults we still have to keep arguing this point. Our nation has a very sordid past, but we are better for admitting it and trying to do better.

People like Richard Spencer, feed on the fear, weakness, insecurity and false strength created by their archaic and disgraceful controversy. This is not strength, it is pure exploitation of their own people in a callous attempt at prestige. Spencer is another dealer, committed to trafficking in racism, fascism, and discontent. Like any other heroin or crack dealer.

Student leaders from the University of Florida have been planning events using #TogetherUF to promote education and dialog while encouraging unity and embracing diversity. Hopefully, these collective efforts to pull people together can counter-balance the separation Spencer and his followers hope to create.

It is with great hope that the campus and its students remain safe, as thousands have already committed to marching in protest of Spencer and his movement.

“Our true nationality is mankind.”

Palm Healthcare Company believes everyone from every culture or community deserves a chance to be happy and healthy. We embrace the unity of our staff, our clients and our community towards building better futures for all of us. We know addiction does not discriminate, and we are here to help. If you or someone you love is struggling, please call toll-free now. We want to help.