career success Archives - 
Notice: Trying to get property 'session_id' of non-object in /home/palmhealthcare/public_html/wp-content/plugins/ninja-forms-legacy/deprecated/classes/session.php on line 122

Jimmy Harding: The Journey From Construction Mogul to Marketing Guru 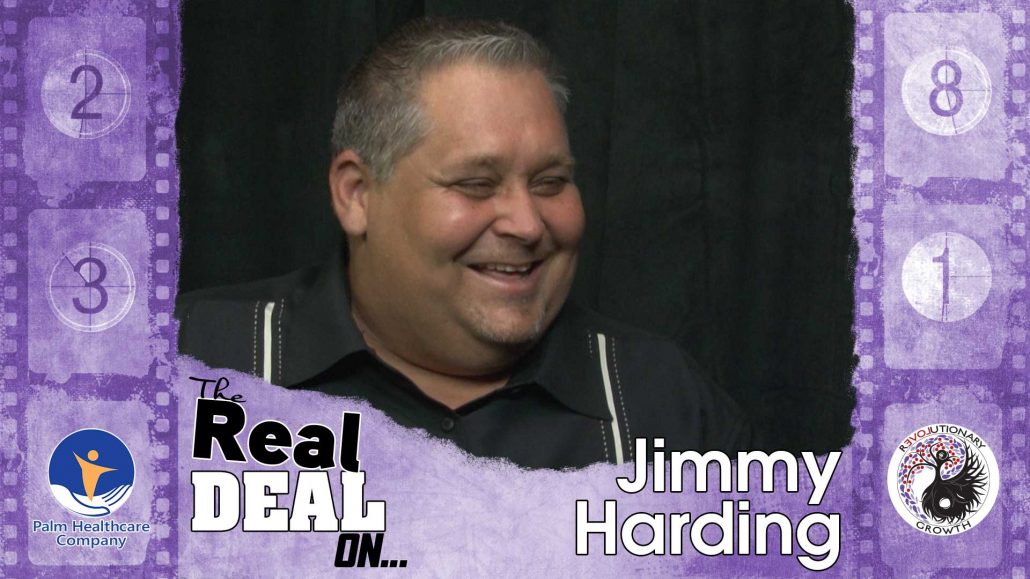 When Jimmy Harding was just ten years old, he started mowing lawns around his neighborhood for extra cash. During these early years, he acquired an entrepreneurial spirit that has carried with him ever since.  Harding would spend the rest of his life developing his businesses and despite the ups and downs, achieve the personal freedom he always desired.

On an episode of The Real Deal On…, Harding sat down with Dug McGuirk for a conversation about reinvention. He discusses his business troubles and the pivotal moments that made reinvention possible in both his personal and professional life.

Harding started his career in construction, eventually becoming a construction mogul and dominating the industry. However, through a series of twists and turns, he fell into marketing. He is now a sought-after marketing guru who helps other businesses reach their full potential.

When it comes to reinvention, Harding has been through quite a few:

“I don’t believe there’s one reinvention per se.  I think we go through a series of them,” he says.

“It started off as basically me and a helper and a pickup truck, and by the time that business got to its height, we were building like ten to twelve fast-food restaurants per year and then like a luxury home every single month on the residential side, so we really grew that thing up.”

During his time in construction, Harding learned valuable lessons.

Often, people place their failure on a lack of resources; however, Harding always knew the importance of being resourceful.  Therefore, when he wanted to learn how to build a particular type of cabinet, instead of hiring someone to build it, Harding began working at a cabinet shop to find out how to build it himself.

“There was a particular type of cabinet that I didn’t know how to build and I went and got a job at a cabinet shop while I owned my own business just to learn how to build that so I can see the process, come back and use it in the project we were about to start,” he explains.

“There’s always a way. It’s just how do we figure it out. You can either pay someone to show you or you can pay someone to teach you to do it,” he continues.

“I would go get my friends that would have you know $100,000 in debt from going to college, and they couldn’t even get a job. I’m like, ‘No, this is how you create your own economy,’ so I always would give people a hand up, people younger than me…,” he says

“That saying that it takes money to make money is B.S.,” he explains. “I’ve never had startup funding or whatever. Whatever I was going to do, I would go out and help other people, get paid for it, and use that [money] as the capital to start up my business.”

The Impact of Hurricane Katrina

Despite a struggling economy and weakening housing market, Harding’s construction firm continued to boom throughout the early 2000s. Then, Hurricane Katrina happened.

“All of a sudden, Hurricane Katrina comes along, and we’ve got 13 properties under construction, all in my name that I own,” he says. “We ended up having anywhere from like two to 13 feet of water in nine of the 13 properties, and it was pretty devastating. We had to recover from that and then there was a big need in the community.”

Despite the hurdles, Harding’s construction company thrived as they were able to help families rebuild their homes and contribute to the community in various ways.

“It was really a great time for us and contributing to the community, and we were rewarded handsomely for it because we helped like 87 people get back in their home,” he explains.

It was a hectic time. Families lived in FEMA trailers on the front lawn while their houses were being built, Harding says. The goal was to build these homes as soon as possible. Therefore, Harding’s company was able to grow and employ a lot of new people.

The business continued to boom for about 18 months; then suddenly things started to shift.

Essentially, the only work left in New Orleans after 18 months was down to the most damaged stuff.

“If you were not a contractor that was set up to do 100 million dollar jobs like big infrastructure and improvement type of stuff, then it came down to very little left to be done,” he says.

Instead of changing his business model, Harding kept thinking things would get better. However, business started to dry up.  He had to figure out what to do next. He remembered how heavily competing companies were advertising, so he decided to dive into marketing in an attempt to save his business.

This was the start of a costly journey to understand how marketing and advertising worked.

Harding’s quest to figure out why his business was declining led him into the marketing industry.  He used the last $100,000 of his business finances to invest in advertising. He hired an advertising company to market his construction company to NFL games.

As a Saint Season holder, Harding thought the affluent market at these games would be a great place to gain new clients for his construction firm. He became the official construction sponsor for all the games.  Unfortunately, the results were far from promising.

“The only phone call I got was someone else trying to sell me advertising,” he laughs.
“The first thing that I learned from that is that just because someone sells advertising doesn’t mean they know what they’re doing,” he says.

The experience taught Harding a lot about advertising. He realized the way he was marketing the wrong way.

“In advertising, you need two things: you have to be able to make an emotional connection, and it has to be intellectually interesting,” he explains.

Despite the lessons learned, his construction firm shut down.

“Eventually I ran out of money, and I had to shut it down and give the properties back and start struggling for survival,” he says. “It seemed like everything I touched just fell apart during that time, so that was a long struggle period like from 2008 until 2010.”

After his business went under, Harding decided to go on the road doing disaster cleanup. He had become an “expert on disaster cleanup,”  and knew he had the tools to do the job. It seemed like the right direction to go.

“I said okay, I’m going to start going on the road and to these disasters and start doing our disaster cleanup and so I learned a lot of stuff at that time,” he says.

At first, Harding would knock on the doors of residents who had gone through a disaster and offer his services. He learned quickly that this was not the most efficient strategy. Soon, Harding began educating people on how to respond and react to disasters. He created educational brochures to hand out to people and acquired clients through becoming an expert in the field.

“When they would call me, I would go to their house, and I would expand on that education, and so really I was just consulting with them.  I was helping them, and like people were literally just pulling out their checkbooks,” he says.

This was a pivotal point in Harding’s career as he learned the importance of educational marketing. To this day, Harding continues to give away tons of information and advice to help people in their own pursuits.

Harding’s disaster cleanup business started to flourish, and he eventually partnered with a friend in the oil industry. Together, they developed a company.  During this time, he continued to learn more about marketing. Eventually, his efforts led him to the boardroom of a major oil company.

“That same marketing that was getting people to invite me into their home to educate them invited this big oil company to call us,” he says.

The morning of the big meeting, Harding and his business partner were prepared to sign a seven-figure contract with the major oil company.

“All I had to do was go there, do my presentation, and basically sign contracts,” he says.

However, a major event got in the way: the BP oil spill.

“The morning that we show up in Houston, my partner and I walk into this big giant boardroom, and there’s a flat-screen TV on the wall, and there’s an oil rig on fire,” Harding remembers.

“That night, in the middle of the night before we got there, was the big BP oil spill of 2010,” he says.

“We get there, and all non-essential services are canceled indefinitely. Boom. So I’m going there to get money. We needed this money, and all of a sudden, boom and I was in shock,” he continues.

Despite his shock, Harding remembered something he learned from Tony Robin’s Date with Destiny seminar a few months earlier.  During the seminar, he learned “state management,” and knew not to keep repeating the same victim story. Instead of dwelling on the failure and asking why; he asked himself how he could use the experience to help others. That was the moment he decided to open up his own marketing company.

“It was the catalyst to opening a marketing company, and like mastering marketing and changing and moving into the way that I coach and consult now.  it was all based off of that thing,” he explains.

Advice to others in reinvention:

Harding went through various reinventions but ultimately learned to gain from his experience rather than create the same story in his head. His marketing company was a result of the ups and downs of his past businesses. Through his experience, he is now able to help others succeed.

“When something traumatic happens, you have to look at the good side, because you know there’s an opposite reaction to everything that happens,” he says.

Harding shares his advice for those wanting to pursue their goals:

—
We highly encourage you to listen to the entire interview to hear more exciting stories from Jimmy Harding. Harding has had every obstacle thrown at him over the course of his career, but despite all of it, he managed to turn it all around.