First American Safe Injection Sites May Cause State VS Federal Conflict 
Notice: Trying to get property 'session_id' of non-object in /home/palmhealthcare/public_html/wp-content/plugins/ninja-forms-legacy/deprecated/classes/session.php on line 122 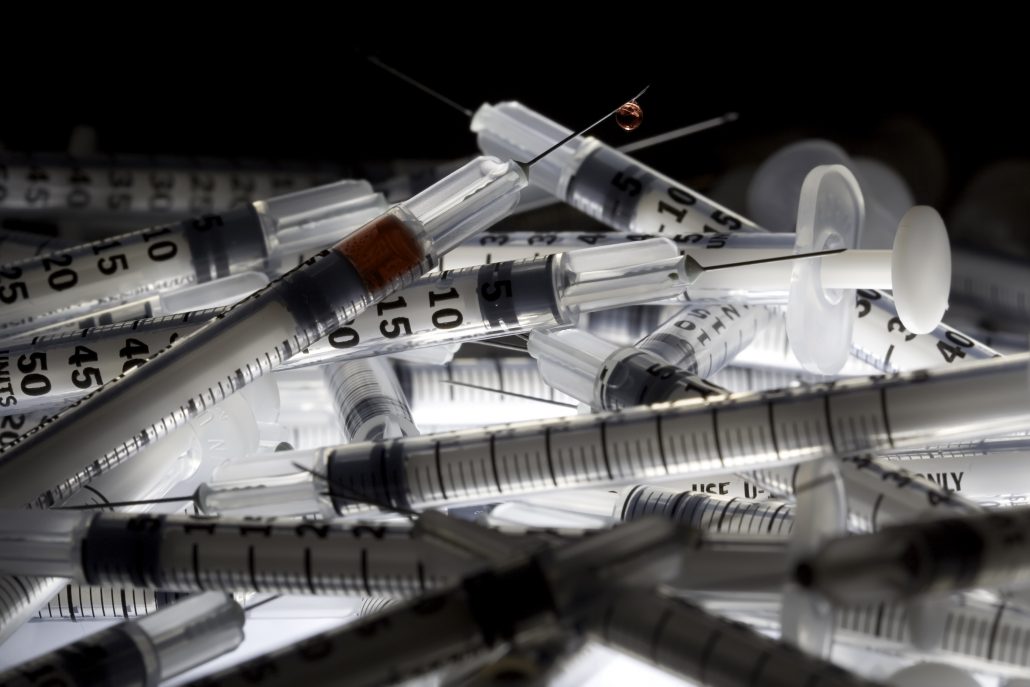 Right now a few American cities are aiming to establish active safe injection sites, with most recent reports indicating the first will probably be San Francisco. Currently, the Golden Gate City is on track to open two of these facilities in July. Meanwhile, Philadelphia is not far behind as city officials are pushing forward with a proposition from January. Other areas fighting for the controversial programs include Seattle and Baltimore.

Now it seems this fight for safe injection sites may soon pit state governments against the federal government, as the DEA under the Trump administration vows to take action against these facilities.

The city of San Francisco has an estimated 22,000 intravenous drug users. As of now, it has become the norm to see people injecting drugs in broad daylight on a park bench, public transit, or any sidewalk. As a consequence, dirty needles get left out in the open. So the decision by San Francisco officials to establish safe injection sites isn’t all that alarming.

Safe injection sites mean fewer needles on the streets. Reports from public health officials expect that 85% of the intravenous drug users in the city would use these sites, and the city could potentially save $3.5 million a year in medical costs. According to the director of San Francisco’s Department of Public Health, Barbara Garcia, officials are already working out the details. Garcia is currently working with six to eight nonprofits that already provide needle exchange programs and other addiction services. Two of them will soon be operating as safe injection sites.

Garcia says that because the cities fiscal year will begin on July 1, the process of opening these safe injection sites should begin close to that date. She also adds that once officials are able to examine how the first two sites are working, they can decide if and when to open the third and fourth sites.

Because intravenous drug use is still against state and federal law, the city will be avoiding liability by funding these sites through private investments. Garcia did not include where the money would be coming from. Garcia also does not appear to be too concerned about whether opening safe injection sites will draw the ire of the Trump administration, saying,

“That’s to be seen. I’m more worried about people dying in our streets.”

Given the rates of intravenous drug use and overdose death in the area, that sounds like a reasonable reason to worry. Part of operating safe injection sites also means providing a supervising medical staff equipped with overdose antidotes, and offering addiction treatment resources to those willing to seek help.

State Senator Scott Wiener is also working to get state law changed to ensure that anybody associated with safe injection sites won’t face arrest or punishment, including:

The bill Wiener is pushing was last year passed in the Assembly, but remains two votes short of confirmation in the Senate.

Part of the reason for so many officials pushing to protect and advance this project seems to come from a fair amount of public support. For the first time, the Chamber of Commerce’s Dignity Health CityBeat Poll included a question about safe injection sites this year. It asked respondents whether they support or oppose-

“drop-in facilities called safe injection sites where intravenous drug users could use their drugs, off the street, and in a place where medical and social services are available.”

Out of all those who answered the survey:

The poll found support for the sites regardless of:

The demographics also includes support from:

Mayor Mark Farrell is another supporter who said,

“I understand the misgivings around it and some of the rhetoric from people who don’t support it, but we absolutely need to give it a try.”

While issues like homelessness, crime and gang violence were all concerns consistent with opening of injection sites, city officials seem to believe the old way isn’t working. The hope is that by providing social services and treatment options, these safe injection sites will not only save lives but help more people get off drugs that otherwise might not have access to these resources.

It still seems these efforts will be met with resistence from the federal government. Last week the Trump administration made it clear they reject any facilities where heroin users can inject drugs under supervision. The president and his Attorney General Jeff Sessions seem to be committed to their ‘law and order’ approach to the drug problem, despite any lessons learned by the failed War on Drugs.

One might note that in general, the U.S. Drug Enforcement Agency views safe-injection sites as facilitation of criminal behavior. Therefore, it’s an absolute possibility the DEA will take some kind of enforcement action against any safe injection sites that pop up in the states. Katherine Pfaff, a DEA spokesperson, argued that these programs remain federally prohibited. She states,

“Supervised injection facilities, or so-called safe injection sites, violate federal law. Any facilitation of illicit drug use is considered in violation of the Controlled Substances Act and, therefore, subject to legal action.”

However, it appears some of the states that have approved safe injection sites are already preparing to do legal battle with Attorney General Jeff Sessions and his Justice Department to convince the courts that this public health emergency is far too critical to pass up any opportunity at harm reduction.

So, what is going to become of this new controversy? More people, including law enforcement officials and conservatives, could be warming up to the idea of cleaning up the streets with safe injection sites in some states. If the DEA make moves to shut them down, what will happen next? Are safe injection sites an acceptable form of harm reduction? If not, what else could help address the opioid crisis?

Let us know in the comments what you think about these programs.

Palm Healthcare Company believes in providing an effective, holistic treatment program to help those suffering who need help. Providing safe and comprehensive care should always be a focus in the effort to overcome the drug problem, and preservation of life should always be a priority. If you or someone you love is struggling, please call toll-free now.