Texas Archives - 
Notice: Trying to get property 'session_id' of non-object in /home/palmhealthcare/public_html/wp-content/plugins/ninja-forms-legacy/deprecated/classes/session.php on line 122 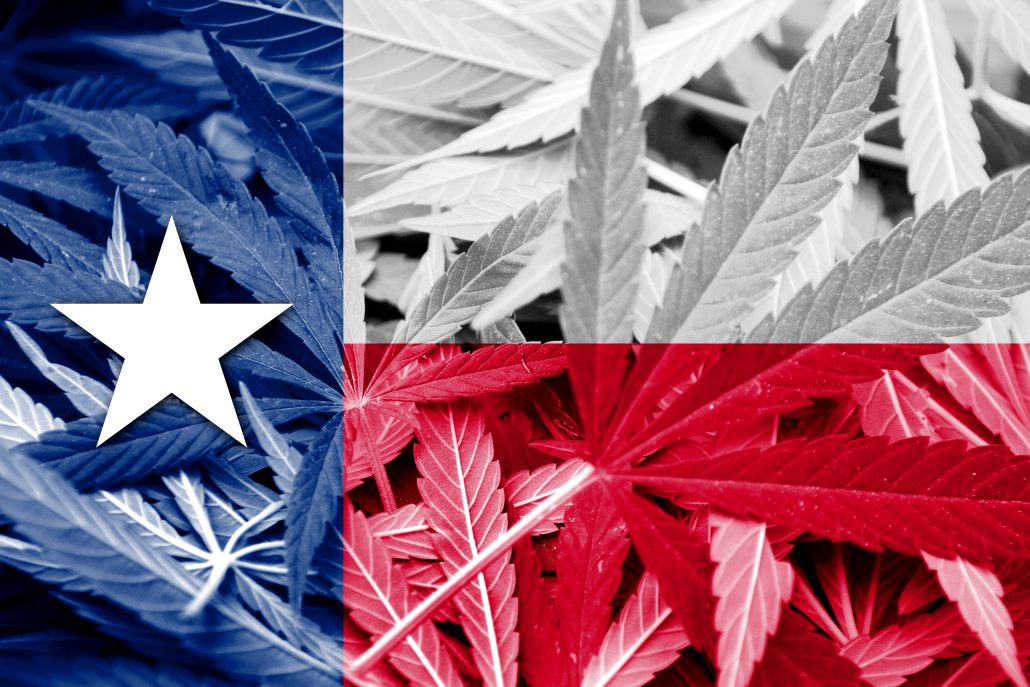 Last Thursday, over two years after Republican Governor Gregg Abbott signed the law to legalize the sale of specific cannabis oil in Texas for intractable epilepsy, the first legal delivery in the state was made.

Many medical cannabis advocates are calling this a historic moment for the Lone Star State, as it could be the catalyst to usher in a new era of drug policy as it relates to medicinal alternatives.

The first recipient of medical cannabis oil in Texas was a school-aged child. A spokesperson for the company told reporters that it could not disclose which city the patient lives in, but did share how the delivery was made.

Current regulations dictate that only a social worker or nurse can deliver the medical cannabis product to a patient or the patient’s caregiver. In the case of Texas’s first delivery, a nurse transported the oil to the patient’s home. The nurse also showed the patient how to use it.

The first delivery was made by Knox Medical, a dispensary in Schulenburg. José Hidalgo, the founder, and CEO of Knox Medical stated,

“For Texans suffering from intractable epilepsy, the wait for medical cannabis is finally over. This is a historic day for Texas and we will work tirelessly to uphold the trust and responsibility the state has placed in Knox Medical.”

Notably, less than 1% of the population of Texas suffer from intractable epilepsy. But still, that comes out to roughly 160,000 people.

At this point, there are only three licensed medical cannabis dispensaries in the state of Texas. These facilities were allowed to be opened following the 2015 Texas Compassion Use Act. But the programs are run by the Texas Department of Public Safety. However, Texas has not been as open with their medical cannabis movement as other parts of the country. As of now, state law scarcely allows for the sale of medical cannabis oils. The only oils to be sold are those that meet requirements:

And patients themselves have to meet very specific criteria. A person only qualifies if:

Qualified doctors must be listed on the Compassionate Use Registry of Texas.

Needless to say, Texans won’t be rushing out to dispensaries anytime soon to stock up on medicinal marijuana. State officials seem to have a very precise mission in mind when it comes to allowing for this treatment to go forward. Still, some medical cannabis supporters are happy with the direction. So how do products like medical cannabis and CBD oil impact those trying to recovery from addiction?

In the world of recovery from drugs or alcohol, the idea that marijuana legalization is becoming more widely accepted may seem tempting to some. Others seem to believe legalizing marijuana invites more hard drug use. What does it really mean for the recovery community or people struggling with addiction?

Legalizing a drug and having it readily available may be tempting, but it’s not as if it isn’t already done everywhere with alcohol. Almost any store you walk into is stocked with booze and plastered with adds to try and sell cigarettes. People in recovery from addiction are already exposed every day to some of the most dangerous drugs in the world because they are legal.

When we talk about legalization of marijuana, we want to remind people that for many struggling with substance use disorder the issue is not the specific chemicals you are using. Addiction is far more complex, influencing the mind while terrorizing the body. A drug is not suddenly any safer or better for you because it is becoming socially acceptable or legal.

It is important to find a middle ground. We can support those who benefit from new modalities while offering effective treatment opportunities to those who struggle. However, it is also important to offer experience and education for those who truly struggle with chemical dependency and everything else that comes with substance use disorder. It may seem easier to justify using marijuana for some people. But people should also know that marijuana abuse is a real risk. Substituting one drug for another is probably not the best option for some habitual drug users.

Medicinal and recreational marijuana reforms may be changing the way that the law dictates drug use for some, but for the addict or alcoholic, the risk can be far greater than they expect. Part of comprehensive and effective recovery is understanding how drugs affect people differently and learning how to make the best decisions for your health and your future. If you or someone you love is struggling, please call toll-free now. We want to help.

5 Ways to Stay Sober During a Natural Disaster 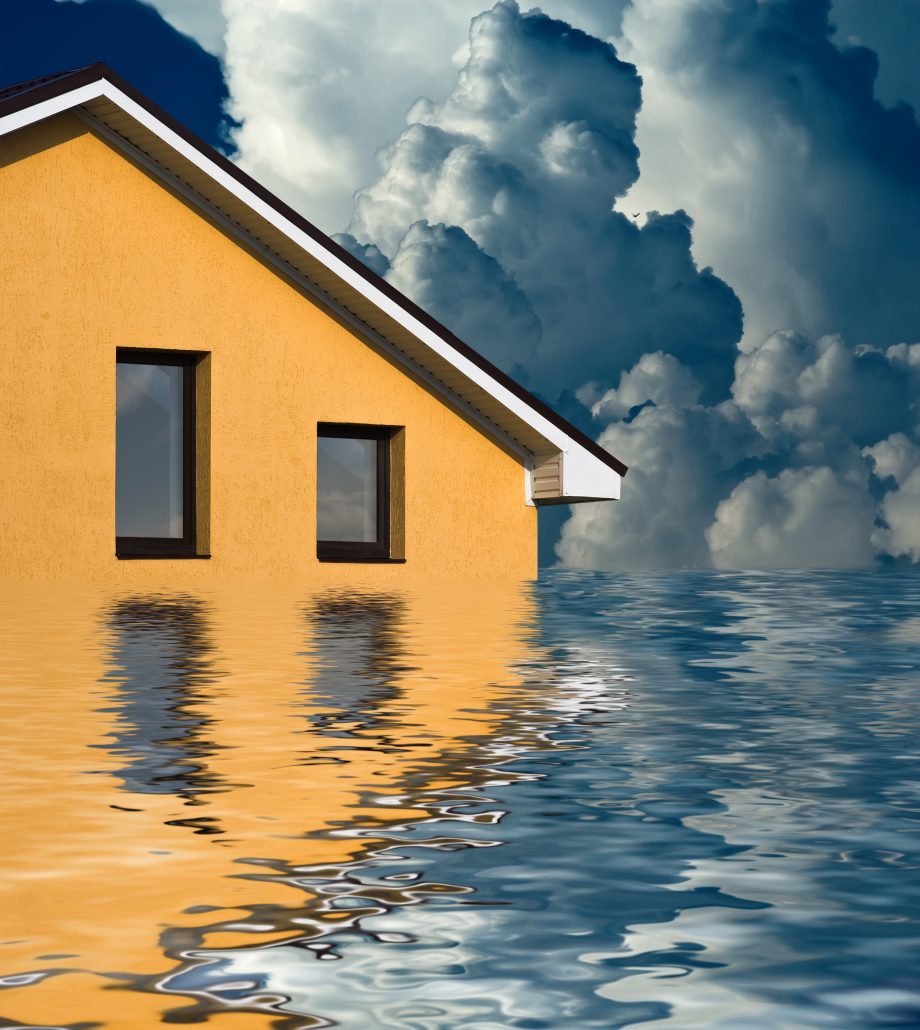 The devastating path of Hurricane Harvey has caused unprecedented and catastrophic flooding throughout southeastern parts of Texas. The Lone Star State has been all over the news since the tropical cyclone touched down, becoming the first major hurricane to make landfall on American soil since Wilma in 2005.

Some areas received over 40 inches of rain in a 4 day period, with peak accumulations reaching as high as 51.88 inches. The flooding and damage from the storm has besieged hundreds of thousands of Texan homes, displacing over 30,000 people.

Since its initial landing in Rockport, Texas there are reports of at least 46 confirmed deaths.

Sadly, the tragedy is not yet over. As efforts continue to pour in to relieve the suffering communities, Brock Long calls Hurricane Harvey the worst disaster in Texas history. Long says the expectation of recovering from this destructive natural disaster will take many years.

Still, there is hope. Houston Mayor Sylvester Turner is telling the world that they are happily on the road to recovery. Turner states:

Yesterday the Mayor also noted there are already numerous signs of hopeful progress, including:

Leave it to the state where they do everything bigger to have such an inspiring bounce back after facing such difficulties. Our thoughts and prayers are with everyone where the motto is friendship and the country is uniting to help those in need.

As the nation pulls together during a time of crisis, so too must an individual pull their own personal resources into maintaining their mental, emotional and physical well-being in the face of disaster. So to add more to the conversation, we want to talk about 5 ways to stay sober during a natural disaster.

The news of another possible threat in the form of Hurricane Irma has been worrying many communities, while there has yet to be a definite answer as to whether or not it will make landfall in the United States, and if so- where.

So let us talk about something that is important for those in the recovery community to keep in mind.

We want to point out that because natural disasters can be traumatizing experiences, they can put some who are struggling to overcome addiction in a more compromised position. These events stir up anxieties concerns important parts of life, like:

Even healthy people with no history of substance use disorder are frequently traumatized by these sudden and uncontrollable events.

Therefore, it only makes sense that some who are unequipped with healthier coping mechanisms will often turn to trying to escape these fears with drugs or alcohol. It is their natural defense.

Some may find that the traumatic event itself does not inspire cravings, but the aftermath is far more influential. Survivors of natural disasters may be more vulnerable to relapse as they struggle to cope with what has happened.

5 Ways to Stay Sober During a Natural Disaster

One way that people are able to stay sober during a natural disaster is that they have a strong network of reliable friends, other individuals in recovery and even sometimes counselors they can stay in contact with. Keep your A-team on speed dial and stay in touch with them, even when the disaster is over.

This is pretty much always crucial, but we should emphasize it because too many people will overlook it when it matters the most. Stay honest with those around you about your emotions and how the disaster has affected you, especially when you are feeling like you are in a bad place.

Having a routine, even in the face of tremendous difficulties, can help you to retain some semblance of normalcy while dealing with a tragedy. When trying to stay sober during a natural disaster you may find comfort and coping skills in the simple things like taking care of your hygiene, exercising or even meditating. Have a healthy routine to fall back on when the dust settles.

Helping others is already a huge part of continued sobriety for a lot of people. Many recovery programs promote a life-style that suggests helping others and being of service. Do what you can to be there for those around you, and your community. However, always remember to take care of yourself as well. Don’t push yourself too far and avoid putting yourself in danger.

While support groups already exist for those in recovery, sometimes they are especially useful with trying to stay sober during a natural disaster. Don’t rush out in the midst of something dangerous trying to get to a meeting, but immediately after the traumatic events seek out a support group or some form of counseling to help you process the tragedy. Even if you don’t feel specifically vulnerable at the time, it is healthy and productive to try and connect with others in a time of crisis.

In fact, if not for you… do it for them.

There is often no way to predict how something so damaging will show up in your life and what it may do to you physically, mentally or emotionally. Yet, having an effective strategy in place might help you be ready for anything.

Do everything you can to make sure that you stay sober during a natural disaster, so that one tragedy doesn’t create another in your life.

In the face of great adversity and turmoil we are gifted the opportunity to be better than our anxieties and our traumas. Staying sober during a natural disaster may not seem as important as just staying alive, but for some of us it is essentially the same. If you or someone you love is struggling with substance abuse or addiction, please call toll-free now. We want to help. You are not alone.