recap Archives - 
Notice: Trying to get property 'session_id' of non-object in /home/palmhealthcare/public_html/wp-content/plugins/ninja-forms-legacy/deprecated/classes/session.php on line 122

With the beginning of the new year, Palm Healthcare Company is looking forward to helping spread more exciting stories of experience, strength, and hope while also sharing important news stories and exciting new developments that relate to the world of addiction recovery and substance use disorder treatment. As we commit ourselves to another year of fighting alongside thousands of people working toward a better future, we would also like to take some time looking back on all the big moments in 2017 that we shared with our Palm Healthcare Company Blog. 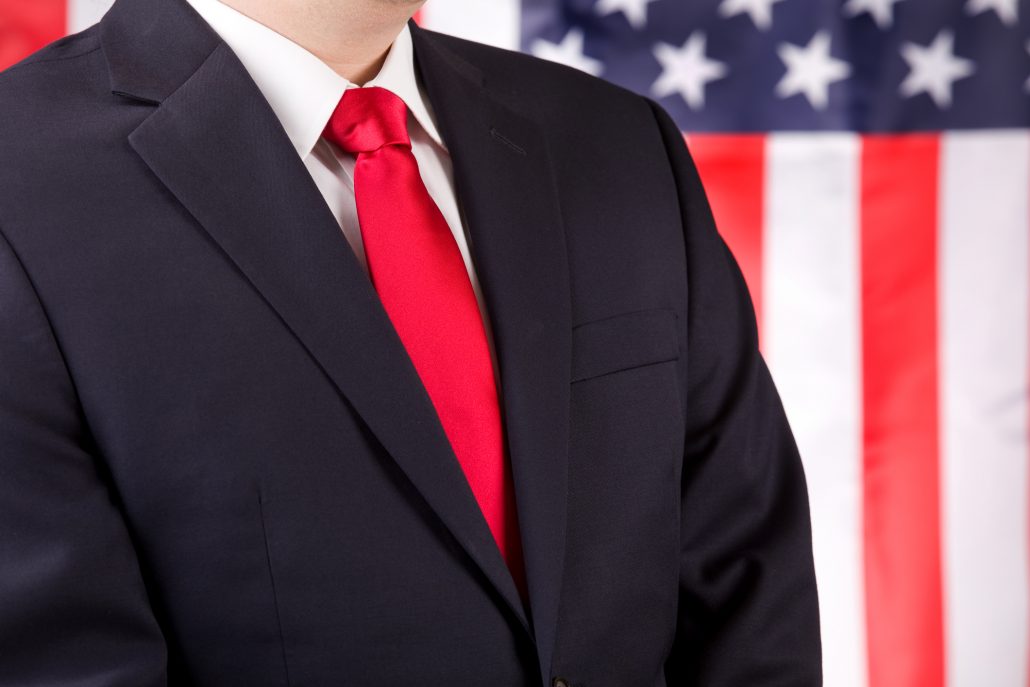 Many advocates were concerned that this announcement did not provide a concrete foundation for the necessary federal funding and did not initiate much-needed action, but others we assured that this means the Trump administration was taking this issue very seriously. In this article, we took a look at what this announcement did actually accomplish, and what it failed to deliver on. 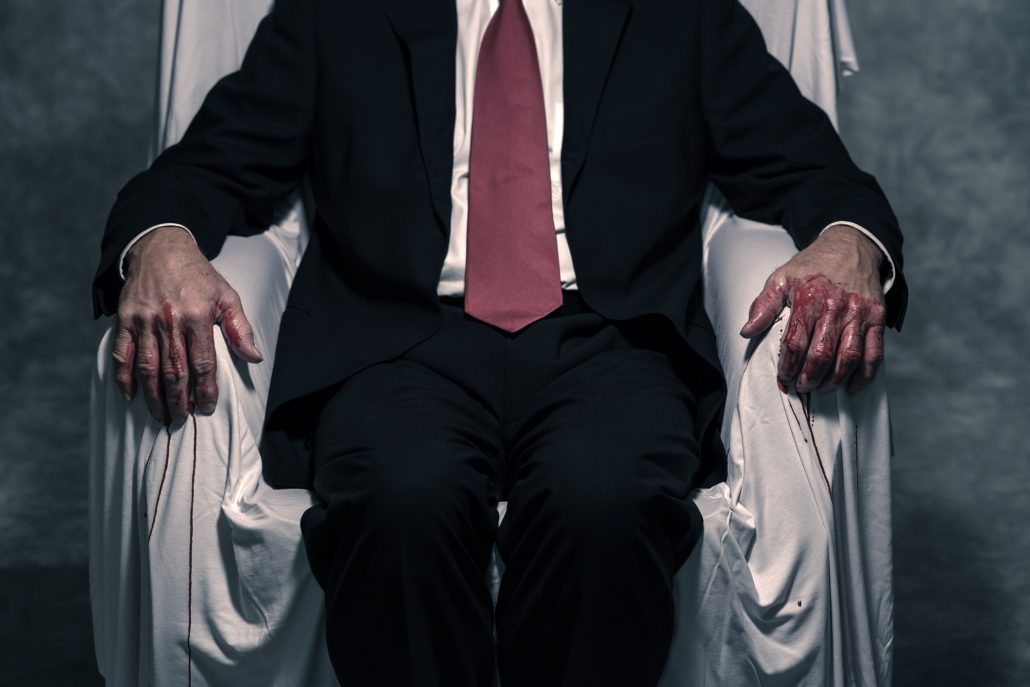 A huge development to another story came in late 2017 when John Kapoor, former CEO of Insys Therapeutics and founding father of one of the most prominent opioid manufacturers in the country, was arrested and charged with conspiring to push the signature drug of Insys Therapeutics, a Fentanyl spray called Subsys, for unacceptable uses through bribes and kickbacks.

The Palm Healthcare Company blog notes how back in 2016 the Justice Department reported to be charging 6 former executives and sales-managers of Insys Therapeutics for conspiring to defraud health insurers.

When looking at the details in this story, it has intensified the conversation about Big Pharma involvement in the epidemic

Not too long after President Trump’s declaration of a Public Health Emergency pertaining to the opioid crisis, Kellyanne Conway was announced as leading the charge on the White House’s efforts for addressing the opioid epidemic.

This Palm Healthcare Company blog saw a lot of comments!

While some find that having a high-profile figure at the head of the efforts gives validity to the White House’s commitment to solving the opioid issue in America, many others are speaking out in frustration. Those in opposition to this appointment say that while she may be useful as a counselor or pollster, she has no experience of expertise when it comes to drug abuse, addiction or substance use disorder treatment.

Thus far the one thing both Kellyanne and the President seem adamant about is a media campaign, but advocates are still afraid this is more “Just Say No” and not enough support for effective resources. 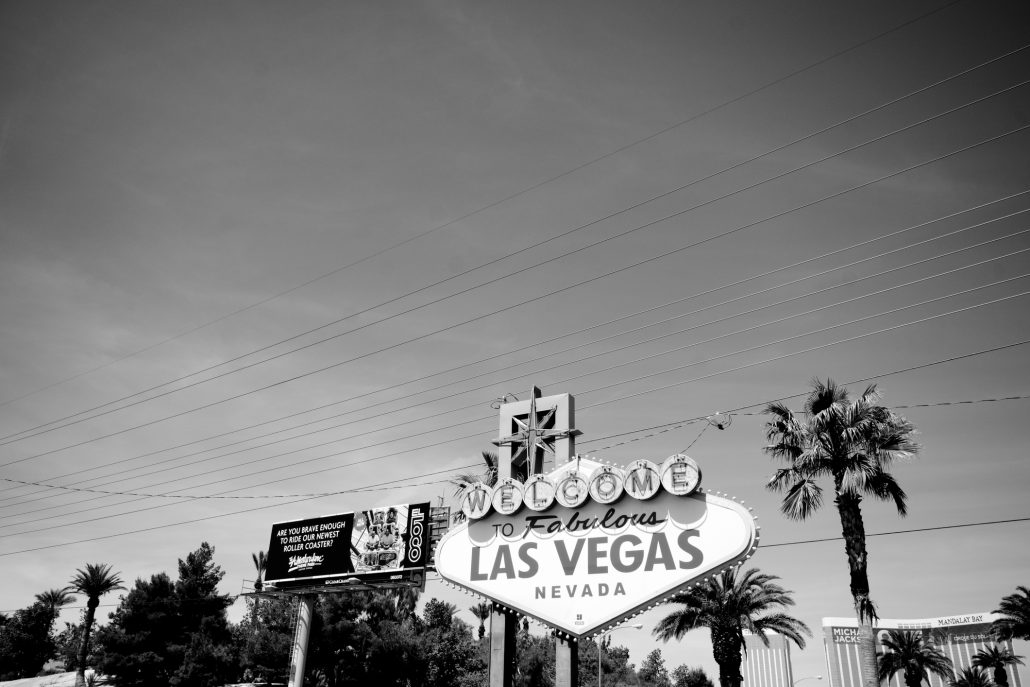 In early October of 2016, the nation was shaken to its core when Las Vegas had one of the deadliest shootings in modern American history. This horrific tragedy flooded newsrooms and live viral footage with the country watching in shock as a gunman killed 58 people and injured 546 more at an outdoor music festival.

In the aftermath of this terrible and heartbreaking incident, our Palm Healthcare Company blog took a look at how such traumatic experiences impact people, and about the importance of those who struggle with Post-traumatic Stress Disorder (PTSD) getting proper diagnosis and care.

At a time when so many people are self-medicating with dangerous or even deadly narcotics, it is important to care for those most vulnerable, especially after such an earth-shattering experience. 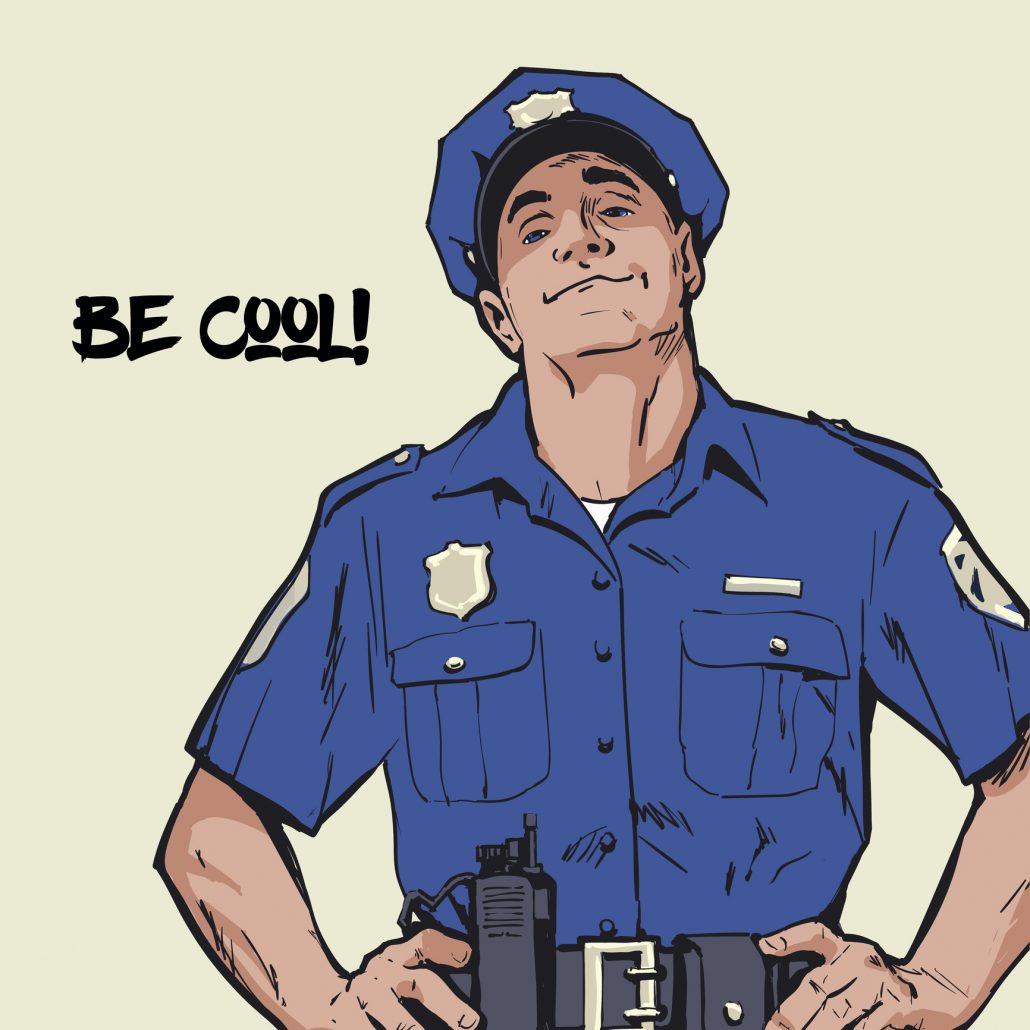 In August of 2017, we took a look back at several programs that had come to light all over the country based on Police Departments working with their communities to offer drug users the chance to get help with addiction treatment instead of being arrested and charged.

The pioneering program came from Gloucester Police Department in Massachusetts back in 2015. This program allowed users to ask police for help, and told addicts they could submit drugs to local law enforcement without fear of being arrested if they were willing to seek treatment. A 2016 study showed that this program was experiencing some impressive success.

Police departments in a number of other states were inspired by this and took up similar programs as a way to help their communities fight the addiction outbreak.

The Palm Healthcare Company blog took a close look at a handful of these programs to celebrate their compassion and success. 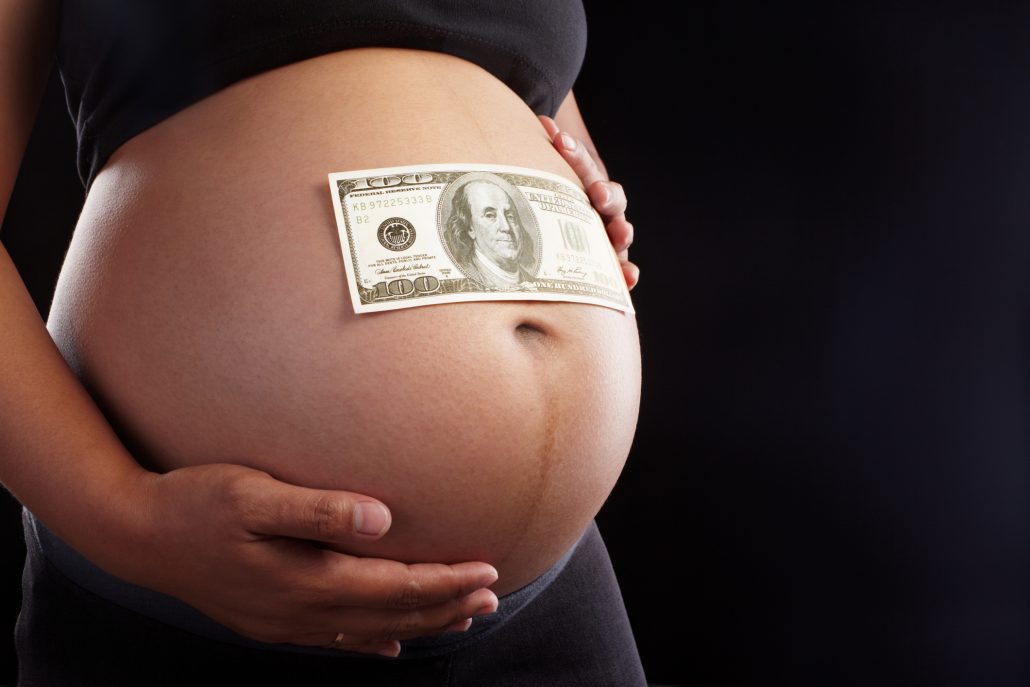 When we posted this Palm Healthcare Company blog we saw a great deal of debate in the comments on our Facebook. For over 20 years, Barbara Harris has driven across the country using cash to ask addicted women to give up their fertility. To date, the organization has paid over 7,000 people.

The controversy around such a powerful story had some people showing a great deal of support for someone giving addicted women an incentive to not get pregnant, while other people were appalled and angered that someone would entice desperate women who are not in the right mindset to make such dramatic and life-altering decisions with their bodies. 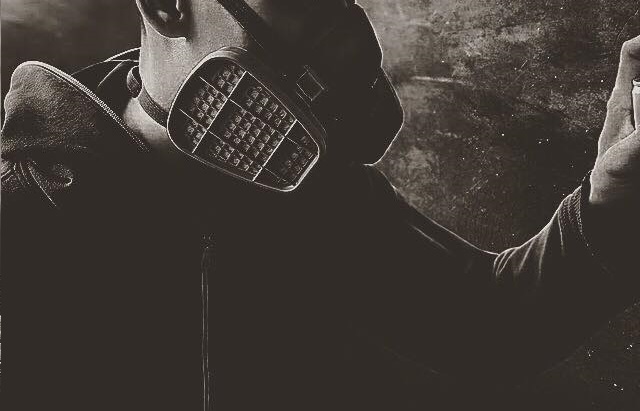 In July of 2017, the world lost a great artist and inspirational musician with the death of Chester Bennington, the lead singer of the band Linkin Park.

Initial reports were that Bennington had died from suicide by hanging, with later reports indicating that Chester had been drinking at the time of his death. The vocalist had been open about his struggles with depression and drug addiction over the years, and in this article, we took a look at just how much Chester Bennington could teach us about the devastation of depression and addiction. 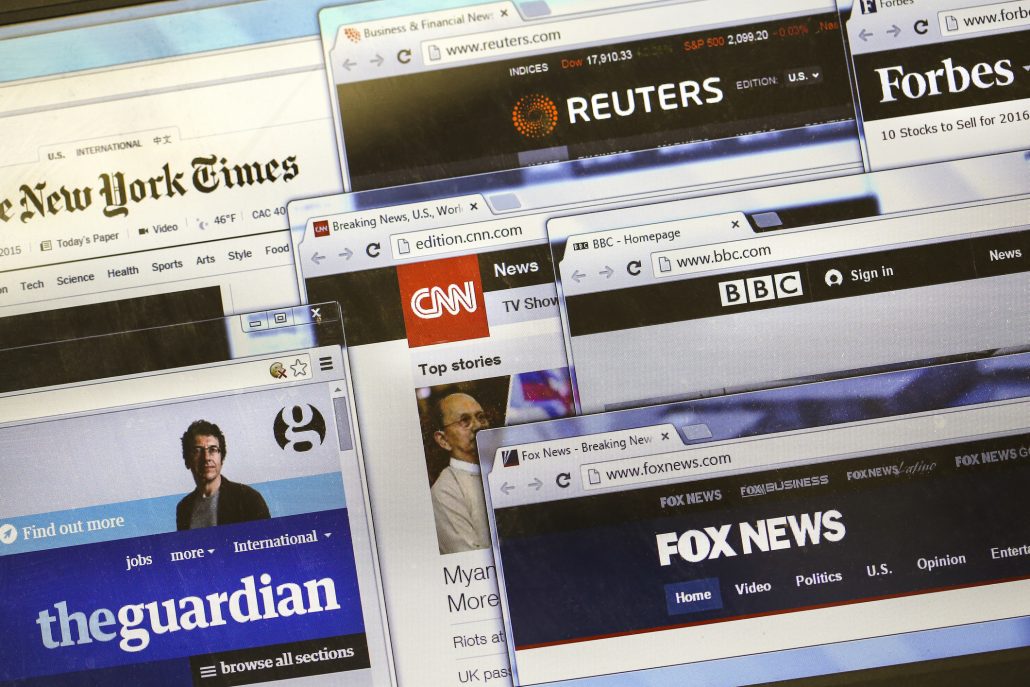 South Florida has been under a great deal of scrutiny recently, specifically concerning the issues facing the recovery community such as unethical and illegitimate sober home operators in the area. In June, there was a Megyn Kelly NBC News Investigation which focused in on Delray Beach, Florida and some of the big problems concerning unscrupulous activities from corrupt individuals exploiting drug addicts in need of help.

We took this time to look over some of the bigger stories concerning the illicit activities in South Florida with the recovery industry while showing support and gratitude for all those working together to try and put an end to operators who are taking advantage of people in need of help. 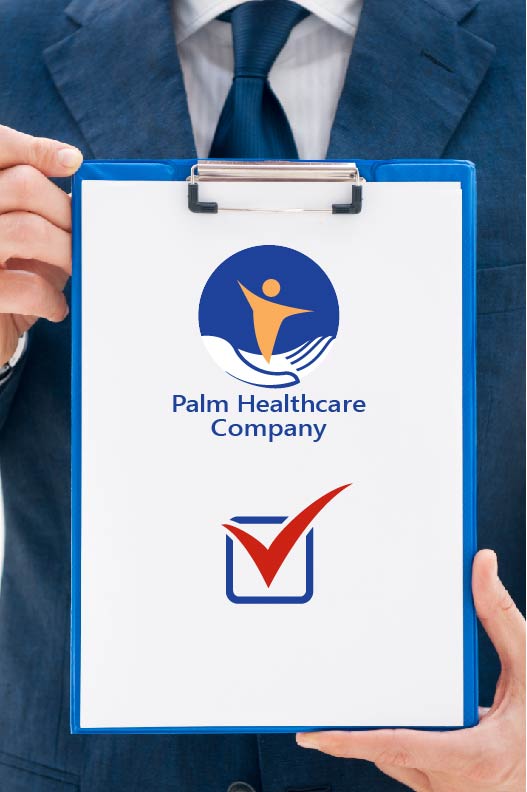 In September of 2017, we took a very close look at an article written by the Journal of Employee Assistance that was designed to help Employee Assistance Programs (EAPs) find the right kind of addiction treatment programs to recommend to their clients.

The outline given for EAPs to find effective and reliable addiction treatment options gives a list of things to look for. The Palm Healthcare Company blog was happy to show off just how all of our facilities measure up to these crucial standards.

Keep an Eye Out for More

Palm Healthcare Company continues to try and share every treatment development, news story or exciting innovation on our blog to not only help more people learn and raise awareness but to offer some perspective and maybe ask some new questions.

Whether it is sports, celebrities, news or politics we are committed to talking about important stories that pertain to drug policy in America, substance use disorder, mental health, and personal wellness. We will continue to touch on the top stories of 2018 to spread the word and hopefully inspire more people to get involved in these crucial conversations.

Holistic addiction treatment means incorporating every aspect of life for each individual with personalized opportunities for lasting recovery. So every bit of information can help anyone make a more comprehensive decision about what kind of recovery plan they want. If you or someone you love is struggling, please call toll-free now.