Peter Saarsgard Archives - 
Notice: Trying to get property 'session_id' of non-object in /home/palmhealthcare/public_html/wp-content/plugins/ninja-forms-legacy/deprecated/classes/session.php on line 122

Wormwood on Netflix is New Series to Explore MK-ULTRA, CIA and LSD 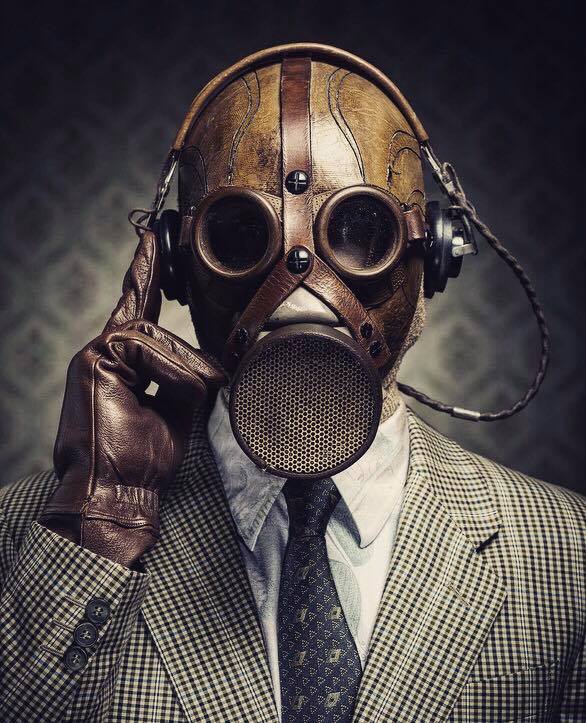 For anyone out there who (like me) loves the allure and intrigue of conspiracy theories, the new upcoming mini-series Wormwood on Netflix should absolutely be a Roswell-sized-blip on your radar. The show is described as part documentary, part drama (and in my early predictions- all awesomeness). Set to the backdrop of the 1950s and 1960s, the show is going to delve into the notorious Project MK-ULTRA.

Should we be excited about an intense take on CIA spooks, mind control experiments and a murder mystery?! Uh… YEA! Well, at least I am, obviously. The trailer released shows off cinematography that looks dark, edgy and eerie, with a tone that fits the content. For a little backstory about the twisted conspiracy behind the show Wormwood on Netflix, let’s take a face plant down the rabbit hole of Project MK-ULTRA.

The operation began in the early 1950s and was officially sanctioned in 1953. It was designed and undertaken by the United States Central Intelligence Agency (CIA) during the Cold War era when- as the trailer says- “the most dangerous weapon is information.” MK-ULTRA was kept hidden for about two decades due to the fact that the experiments were done on human subjects, which were at times illegal and most notably because the subjects did not consent and had no idea what was being done to them. The organized efforts of the project included entities such as:

These invasive and supposedly damaging experiments were intended to identify and develop drugs and procedures to be used in interrogations and torture. The idea was to learn how to weaken the individual to force confessions through mind control, but the implications of these methods may also suggest far more sinister ways to utilize these tactics.

For years people thought it was truly a paranoid dream, and considering the massive scope of the project, once finally revealed, there is no wonder why. According to a 1984 broadcast of 60 Minutes, MK-ULTRA involved more than 130 research programs within various known institutions, including:

Project MK-ULTRA conducted many illegal activities. One incredibly controversial method was the use of unsuspecting U.S. and Canadian citizens as test subjects. But the most notorious of all is probably the use of LSD and other chemicals to manipulate people’s mental states and alter brain functions.So essentially anyone from inmates and hospital patients to college students and Big Pharma customers could have been exposed to some of the most mind-bending, drug-induced illusions without their knowledge at the will of the United States government.

The world remembers well learning that government agencies were forcing hallucinogenic drugs onto citizens, but this is just one method of psychological torture via drug abuse in Project MK-ULTRA.

While LSD is the drug most commonly associated with MK-ULTRA, the program is said to have utilized several other drugs in their illegal testing, including:

The CIA Cover Up

To touch on the timeline of Project MK-Ultra being exposed:

1975- The Church Committee of the U.S. Congress first brought MK-ULTRA to the attention to the public.

A Gerald Ford commission was tasked to investigate CIA activities within the United States. Investigative efforts were hampered by the fact the destruction of the documents in 1973.

1977- Senate hearings began following a request from the Freedom of Information Act that uncovered a cache of 20,000 documents connected to MK-ULTRA.

Now the world is well aware that the CIA, in cahoots with other entities, was behind hundreds of mind-control experiments. These horrific tortures and inhumane experiments are said to have left some people mentally and emotionally crippled for life. Hopefully, the new series Wormwood on Netflix will also give us a closer look at home some of these victims were able to recover, if at all.

Wormwood on Netflix makes it Personal

Academy Award-winning director Errol Morris gives this illustrious conspiracy story new texture and connection using dramatic reenactments with real-life interviews. Beyond that, the series Wormwood on Netflix also stands to humanize the drama, making it a much more personal and relatable scenario.

Enter the incarnation portrayed by Peter Sarsgaard of Dr. Olson. The real-life CIA biochemist Dr. Frank Olson died after falling 10 stories from a New York City hotel room in 1953. Dr. Olson’s death at the time was ruled a suicide. However, his family and others believe that he was actually assassinated by the CIA. Dr. Olson’s son, Eric Olson, is also part of the series.

Eric Olson and his brother Nils have made it their life’s mission to uncover the truth about their father’s death. Eric Olson has spent over 60 years investigating.

As if an indirect admission of fault, the Olson family actually received a settlement of $750,000 and a personal apology from then-President Gerald Ford and CIA Director William Colby. This came 20 years after Olson’s death in 1976, after all the documents pertaining to MK-ULTRA began to surface. Then in 1994, a second autopsy was conducted on the body of Frank Olson, which is said to have revealed injuries that had “likely occurred before the fall” leading many to believe that Frank Olson was killed by the CIA.

One way or another, Wormwood on Netflix is sure to be a very interesting ride. With the ominous overtone of impending espionage, chemical warfare, spy games and murder this show is set to take something that is so real it’s scary and packages it in a way that is sure to pull us in.

At risk of tempting a Netflix binge, there are some very good documentaries and other films related to substance abuse, drug policy and addiction. There are all kinds of resources out there to stay informed about the history of drug use and the risks associated with it. Find a way to learn more and if you or someone you love is struggling with substance abuse or addiction, please call toll-free now.