Nikolas Cruz Archives - 
Notice: Trying to get property 'session_id' of non-object in /home/palmhealthcare/public_html/wp-content/plugins/ninja-forms-legacy/deprecated/classes/session.php on line 122 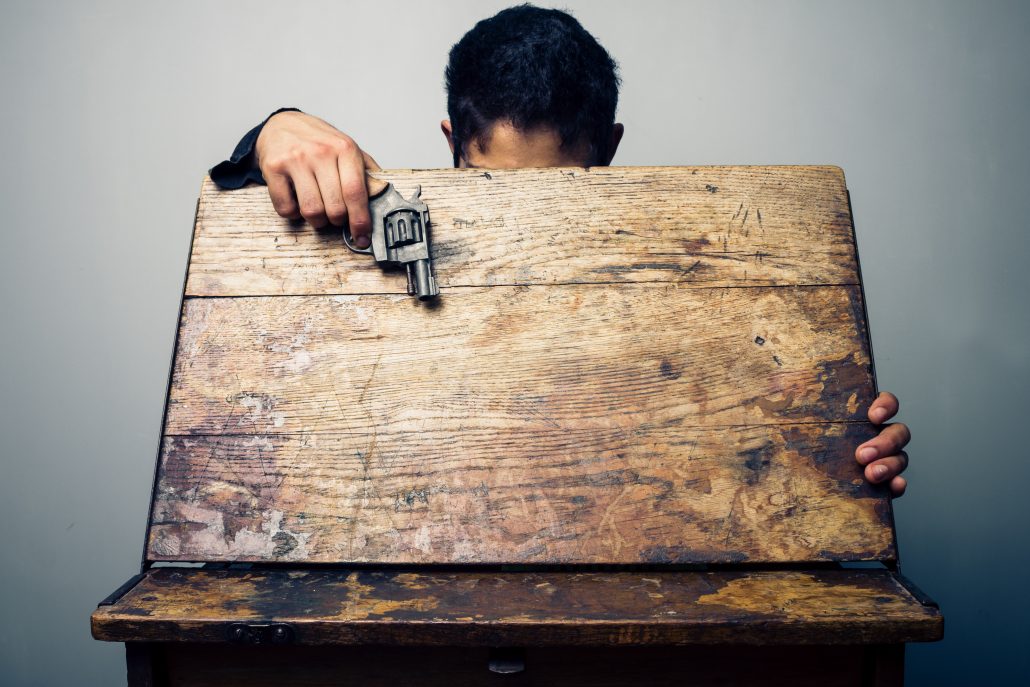 Only days after the horrific South Florida school shooting at Marjory Stoneman Douglas High School, we must take a hard look at the mental health debate, and why mental health should always have been a priority.

It seems like just yesterday I wrote about last year’s tragic mass shooting in Las Vegas and emphasizing how critical it is that mental health support and awareness be a serious and key focus of this conversation. The school where this tragedy took place is a mere 37 miles from where I sit and write this today. I lived within a 20-minute drive of the building for over 3 years. Now, with only a month and 15 days into 2018, we already up to 19 similar acts of terrible violence.

On Wednesday, February 14, Nikolas Cruz entered the high school in Parkland, Florida with an AR-15 rifle and took the lives of 17 people, wounding over a dozen others. This is America’s deadliest school attack in 5 years, perpetrated by a lone 19-year-old gunman with a reputation for disturbing behavior.

Yesterday, President Donald Trump included in his statement about the South Florida school shooting that there were “so many signs” the suspected shooter was “mentally disturbed.” But should mental health be our own focus?

It is extremely difficult to find answers to this complex problem. So what action should we take to change?

The Mental Chaos of Nikolas Cruz

Authorities have confirmed that Cruz was previously expelled from Marjory Stoneman Douglas High School for disciplinary issues. Reports from the school indicate Cruz as a potential threat who demonstrated a fixation on guns. This obsession can be seen on full display through the photos suggested to be pulled from Cruz’s social media accounts.

Reports said that teachers, classmates and even strangers were concerned about Cruz. One teacher apparently reported that administrators sent an email last year saying that Cruz was not allowed to carry a backpack on campus. Cruz’s adoptive father died a few years ago, and his adoptive mother, who was one of the only people the teen was ever close with, died around Thanksgiving. The orphaned 19-year-old had been living at a friend’s house, with some suggesting he was showing signs of depression. Some former friends have even said they cut ties with him after saying he liked to shoot animals. Classmates claim he used to sell knives out of a lunchbox in the school and even threatened students with violence.

Cruz had been suspended more than once before being expelled, for fighting and having bullets found in his backpack. While he had no criminal history prior to this appalling act of violence, he lived a troubling and chaotic life.

What was being done?

While it is unfair to say there were no actions taken, those actions failed to put a stop to this tragedy. The Washington Post reports that Cruz had been getting treatment at a mental health clinic, but had stopped after less than a year. Some are insisting that not enough was done to try and address the many obvious issues shown in Cruz’s past. Howard Finkelstein, the chief public defender in Broward County, states,

“Every red flag was there and nobody did anything. When we let one of our children fall off grid, when they are screaming for help in every way, do we have the right to kill them when we could have stopped it?”

Even the FBI admits to receiving a warning about this individual and failing to act. With so many indications that Cruz was a threatening, violent and unstable individual it is deeply troubling that not only did he slip through the cracks of any efforts to curb mental health-related issues, but he was able to obtain a variety of weapons. Despite the many red flags, Cruz’s background wouldn’t disqualify him from purchasing the rifle he used in the shooting.

The biggest debate we see after each one of these terrible atrocities is that familiar blame game;  Is it a ‘guns’ issue or a ‘mental health’ issue? Without picking a side, I’ll try to acknowledge a lot of the concerns. For example, there is an enormous amount of data showing that the rates of mental health disorders in the last few decades has increased at astonishing rates. Every year the mental health of our nation is dwindling. So is this the answer to the riddle? Some seem to think so. Others- not so much.

The current federal law already denies the sale of firearms to anyone who is considered “adjudicated as a mental defective” by a lawful authority or involuntarily committed to a mental institution. It also allows for states to create stricter restrictions. Some states have taken advantage of this and enacted legal channels for stripping firearms away from gun owners flagged as potential threats. However, some do not think this is enough. Others have even gone as far as directly linking mental health to gun rights.

However, legal experts also warn that it isn’t as simple as identifying people with mental disorders. According to Fredrick Vars, a law professor at the University of Alabama,

“By and large, the people who engage in these horrific events don’t have obvious major psychiatric issues,”

Dr. Rozel, an associate professor of psychiatry at the University of Pittsburgh. He states that these broad restrictions based on a psychiatric diagnosis risk depriving hundreds of thousands of law-abiding people of their gun rights. Rozel goes on to say,

“Fundamentally, that’s the problem with focusing on the mental-health issue.”

According to a study by the U.S. Secret Service and Department of Education in 2004, conducted after the attack at Columbine High School, surveyed “targeted school violence”:

The President of the American Psychological Association (APA) Jessica Henderson Daniel does not agree with automatically assigning the label of mental illness to school shooters. She and other experts believe such rhetoric oversimplifies the complex problem of mass violence while also stereotyping those who struggle with mental health disorders.

“Framing the conversation about gun violence in the context of mental illness does a disservice both to the victims of violence and unfairly stigmatizes the many others with mental illness.”

A senior policy adviser for the National Alliance on Mental Illness said in an interview that invoking mental illness in the gun-control debate is often more political than helpful to those who actually struggle with mental health issues. Many see it as a means to draw attention away from any discussion on gun control. So is it really that far-fetched to even consider an honest and thorough examination of how we might improve policies surrounding access to guns?

After all, American has more mass shootings than any other developed nation, and not even by a little. Studies indicate that the rate at which public mass shootings occur tripled since 2011.

Then, between 2011 and 2014 that rate has accelerated to at least one mass shooting every 64 days in the United States.

Realistically, it is fair to question the idea that this is simply a mental health issue. It may be a piece of the problem. Yet there is so much more that needs to be addressed in order to work toward a future without this kind of senseless violence.

What Can Be Done For Mental Health?

The sad thing is, we should never have waited for any acts of violence to make mental health a priority. A wide spectrum of issues, including depression, anxiety, and substance use disorder are all very serious and very damaging conditions. Countless Americans still struggle and don’t even know it, or don’t have access to care.

Many argue that the way lawmakers are changing healthcare is making it harder for people to receive mental health services. So with all that has happened, will mental health truly become the priority everyone says it will be? Thursday President Trump promised to “tackle the difficult issue of mental health” while speaking in regards to this tragic incident. But how will these words be followed by action? The president’s current budget actually includes massive cuts to mental health resources, so will these resources be given new priority?

For trauma survivors, there is a whole other element to providing mental health support resources. Horrific incidents like this recent shooting create shockwaves throughout the community and impact the mental health of innumerable others. Students, families and friends, teachers and other officials like law enforcement are all exposed to a new level of unimaginable pain and suffering. We must also make their mental health a priority. But we need to stop waiting until something unspeakable happens before we worry about our nation’s mental health.

Our hearts break for all of our neighbors here in South Florida who are suffering. No matter what we do, be it changing our mental health care or any other policies concerning guns, we MUST DO BETTER!

If you or someone you love is struggling with trauma, depression, or any mental health disorder please seek help. If you struggle with substance use disorder, drugs or alcohol is not the answer. There is real help out there. Please call toll-free now.