President Trump Talks About Giving Drug Dealers the Death Penalty 
Notice: Trying to get property 'session_id' of non-object in /home/palmhealthcare/public_html/wp-content/plugins/ninja-forms-legacy/deprecated/classes/session.php on line 122 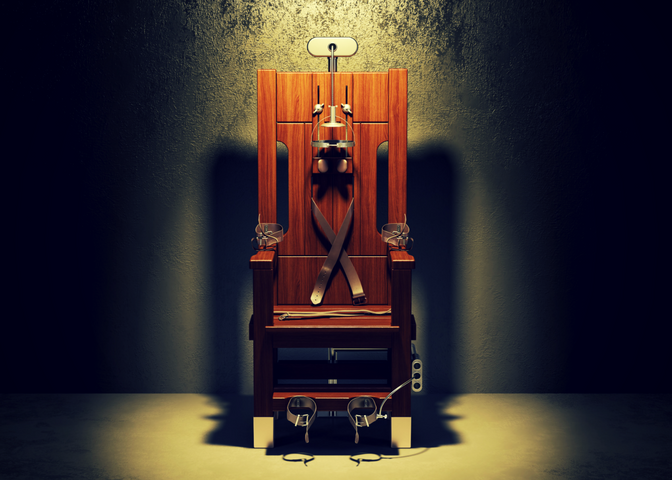 One of the consistent topics in politics now is how the current administration plans to tackle issues concerning drug policy. There’s plenty of recent news, such as the Attorney General announcing a plan for the Justice Department to support states suing Big Pharma opioid makers, while also claiming that marijuana is partly responsible for the opioid crisis. Reports have indicated China is willing to work with the US to fight fentanyl trafficking, but critics are still worried about the massive cuts President Trump proposed for the Office of National Drug Control Policy.

But that isn’t the only proposal made by President Trump that has inspired debates about drug policy.

This past Thursday, while speaking at the White House event on opioid issues, many believe that a few of Trump’s comments endorse the idea of executing people who sell illegal drugs. Shocking as it may seem to some people, the concept isn’t all that new. In fact, we see people all the time in the comment section of many articles on opioids who seem to think this is an acceptable idea.

We have asked the question before if drug dealing should be considered homicide, with mixed responses. However, now it seems we should be asking- is drug dealing punishable by death?

If we take a look back, President Trump has supported this strategy before. Just last year the leaked transcript of a phone call with President Rodrigo Duterte of the Philippines quoted Trump praising the nation’s bloody and brutal War on Drugs. In recent years, thousands of extrajudicial killings have taken place in a country fully immersed in a violent vendetta against drugs. The president was quoted saying:

“I just wanted to congratulate you because I am hearing of the unbelievable job on the drug problem. Many countries have the problem, we have a problem, but what a great job you are doing and I just wanted to call and tell you that.”

However, not everyone shares the president’s admiration. An inquiry by the International Criminal Court is actually investigating the killings of the Philippines drug war. Not to mention, others would argue that the brutal crackdowns in the Philippines haven’t exactly worked out either. In December, the head of the country’s drug enforcement agency publicly stated that they have been unable to stop dealing at the street level.

This isn’t the only reported instance of the president supporting this extreme tactic. Just days before his Thursday remarks there was a story that Trump had privately told a number of people, including leaders in Congress, that he supports executing drug dealers.

So what did President Trump say at the White House Thursday? In general, he thinks sellers of illegal drugs don’t get punished severely enough in the US, stating:

“We have pushers and we have drug dealers that kill hundreds and hundreds of people and most of them don’t even go to jail,”

“If you shoot one person, they give you life, they give you the death penalty. These people [who sell drugs] can kill 2,000, 3,000 people and nothing happens to them.”

Even back in January, President Trump made comments that some think was a precursor to this conversation. In another report, the president suggested he had an idea for a change in drug policy that might be too dramatic for the country.

“No matter what you do, this is something that keeps pouring in. And we’re going to find the answer. There is an answer. I think I actually know the answer, but I’m not sure the country’s ready for it yet. Does anybody know what I mean? I think so.”

There is not yet any indication the president has committed to go this far. And yet, he has repeatedly vowed to be “much tougher on drug dealers and pushers.”

President Trump also said that his administration will be rolling out policy over the next three weeks, promising it will be “very, very strong.” This administration is definitely consistent with its focus on stricter enforcement and tough-on-crime tactics for the drug problem. So is this recent stir surrounding the president’s comments well-founded? Or is the president’s support for dealing with drug dealers with the death penalty just an opinion of his that won’t go into any actual policy plans?

Should Drug Dealers be Executed?

Surely, we will see plenty of arguments in the comments here. There are bound to be some very strong opinions. Some people do believe that drug dealers are the cause of countless deaths and that they should face the harshest punishments possible.

One person might say ‘an eye for an eye… trade one lethal injection for another.’ But we still need to ask ourselves if this is actually effective.

Many would argue that a lot of street-level dealers are addicts themselves, who peddle their own prescription medications or other illegal substances out of desperation. They might still be people suffering from an illness that leads them to do things they might not otherwise do.

You might say- well, then we should only execute people who provide drugs that lead to a death. But there are plenty of cases where this strict of a penalty seems extremely cruel and unusual. And there are already instances where the individual providing drugs to someone who overdosed has been charged with manslaughter. Some were even charged with second-degree murder. For example, there was the case of Joshua Lore. Lore had gotten himself high on heroin and then prepared and administered a dose for his friend, 23-year-old Kody Woods. After Woods died from the overdose, Lore was charged with second-degree murder. The coroner ruled the death accidental. However, the law still allowed for him to be charged as if he had intentionally shot his friend down in the street.

Would anyone argue that maybe he should face the death penalty because maybe his friend paid him for the drugs? What if?

In 1986, Boston Celtics draft pick Len Bias’s death was deemed cocaine-relate. The federal government then implemented stiff penalties on drug dealers whose sales can be directly tied to overdoses. This includes a minimum of 20 years, and up to life in prison. But there is the still scrutiny to prove the allegations against dealers. Back in 2014, the U.S. Supreme Court ruled that a drug can’t just have contributed to death. It needs to actually be proven as the cause of death.

So where do we draw the line there? Because in some cases an individual may not die directly due to an overdose, but because the drug causes a reaction in the body with a pre-existing condition or counteracts other drugs it turns deadly. What if someone buys drugs from multiple dealers in one day, then dies? Does each dealer get put to death just in case?

Let us say we are only going to consider the death penalty with king-pins and large-scale traffickers. Kellyanne Conway, who is the head of the White House’s anti-drug effort, supposedly told Axios the proposal from President Trump is more nuanced and would only apply to “high-volume dealers who are killing thousands of people.” Fair enough. But how do we measure that exactly? Will it depend on the drug? Are we going to have someone with marijuana farms being executed next to fentanyl traffickers, even though the substance they sell is considered legal in several states?

It all becomes a much deeper conversation about where the mindset of our world is right now. These days it seems our society has continued to embrace the idea of choosing the lesser evil. And we can argue all day about whether or not people think this is ‘right’… but would it even work?

Sadly, even if President Trump were to make the necessary distinctions, there are still going to be people who think all drug dealers should face death. But is trying to fight drugs by making an example out of dealers a practical solution?  If people say drug use is still a voluntary act, should selling drugs constitute the death penalty if drugs aren’t forced into the victim’s body? And if we say yes, many also want to know if the president will support holding Big Pharma executives who engaged in corruption and shady marketing to the same standard.

Sure, maybe killing some drug dealers might scare a few others, but it won’t scare them all. If a dealer is taken off the streets, odds are another will take their place. Experts are sometimes split on whether attacking addiction at the supply-side has not been an effective strategy. Some say it makes drugs harder to get and more expensive. However, others say the open market inspires more dealers to take advantage of scarcity with higher prices. Studies even suggest there is no hard evidence that harsher penalties or supply elimination reduces drug use.

The tragic truth is there are already people who think we shouldn’t even be doing so much to save the lives of addicts. They say those who overdose should be left to die.

Is that who we are now? We see the people in our communities in pain and we leave them to die?

President Trump seems to believe a less punitive approach won’t work. So do the people agree? Should we have more compassion or convictions? If we stopped trying to arrest and punish our way out of the opioid crisis, could we be making more lives better?

Should we really be relying on the lesser evil?

The pain of losing a loved one to addiction is undeniable, and the desire for justice is understandable and natural. Even though we see addiction as a disease, we have to know we take our lives into our own hands every time. Sadly, sometimes we don’t make it back. But if you do, take it as an opportunity to make a change. If you or someone you love is struggling with substance abuse or addiction, please call toll-free now.