Brad Pitt Reveals He Quit Drinking and is Now Sober 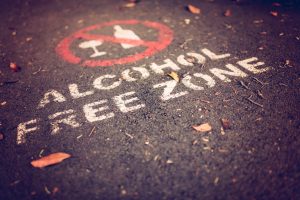 These days, it is harder to name celebrities who aren’t sober than those who are. After all, we hear reports daily on newly sober celebs. Whether it’s Daniel Radcliffe or Bam Margera, the list of celebrities who are sober continues to expand.

Now, leading man Brad Pitt revealed in an interview with GQ magazine that he has quit drinking and is living sober. Brad Pitt says he is six months sober and is looking forward to continuing his sobriety for the long-haul.

According to Pitt, his divorce from actress and producer Angelina Jolie was due partly to his out-of-control drinking behavior. Pitt admits that the past six months of his life has been a “weird” time, according to the interview, and he looks forward to regaining his life back.

“Personally, I can’t remember a day since I got out of college when I wasn’t boozing or had a spliff, or something. Something. And you realize that a lot of it is, um—cigarettes, you know, pacifiers. And I’m running from feelings. I’m really, really happy to be done with all of that,” he says.

During Pitt’s divorce from Angelina Jolie, his drinking and drug use got the full media scrutiny. Jolie said her reason for the divorce was “for the health of the family” which may have alluded to Pitt’s struggles with substance use. Now, with this recent interview, it is apparent substance use played a major role.

“I was boozing too much. It’s just become a problem,” he admits. “And I’m really happy it’s been half a year now, which is bittersweet, but I’ve got my feelings in my fingertips again. I think that’s part of the human challenge: You either deny them all of your life or you answer them and evolve.”

From the interview, Brad Pitt confirms a commonality about addiction: it doesn’t happen overnight. In most cases, people drink and use for years, and the destruction continues to build months, years and decades down the road. Substance use creates problems for more than just the addict. It can destroy families, friendships, and careers too.

Celebrities like Brad Pitt, Ben Affleck, Bam Margera, Stephen Moyer and Alex Baldwin have all gone public with their recovery. With each admission, the stigma of addiction decreases. Many have a perception of what it looks like to be an addict. However, addiction does not discriminate. It can affect anyone.

When it comes to celebrities, often having too much power and success can lead to their downfall.

Pitt himself has said, “Success is a beast. And it actually puts the emphasis on the wrong thing. You get away with more instead of looking within.”

Furthermore, Brad Pitt says he is now looking within and learning more about himself. He sees a therapist regularly and is refocusing his family.

“For me this period has really been about looking at my weaknesses and failures and owning my side of the street,” Pitt said. “For me every misstep has been a step toward epiphany, understanding, some kind of joy. Yeah, the avoidance of pain is a real mistake. It’s the real missing out on life. It’s those very things that shape us, those very things that offer growth, that make the world a better place, oddly enough, ironically. That make us better.”

These days, Pitt says he enjoys his cranberry and fizzy water drinks. He admits that it is challenging to give up wine completely, but he “does not want to live that way anymore.”

“I mean, we have a winery. I enjoy wine very, very much, but I just ran it to the ground. I had to step away for a minute,” He says.

More and more celebrities are choosing sobriety. If they can do it so can you. Do not feel ashamed of where your addiction has led you. Instead, choose to live a life of sobriety. We can help you get back on track. Call now.