Alcohol Awareness Month: Changing Attitudes in April 2018 
Notice: Trying to get property 'session_id' of non-object in /home/palmhealthcare/public_html/wp-content/plugins/ninja-forms-legacy/deprecated/classes/session.php on line 122 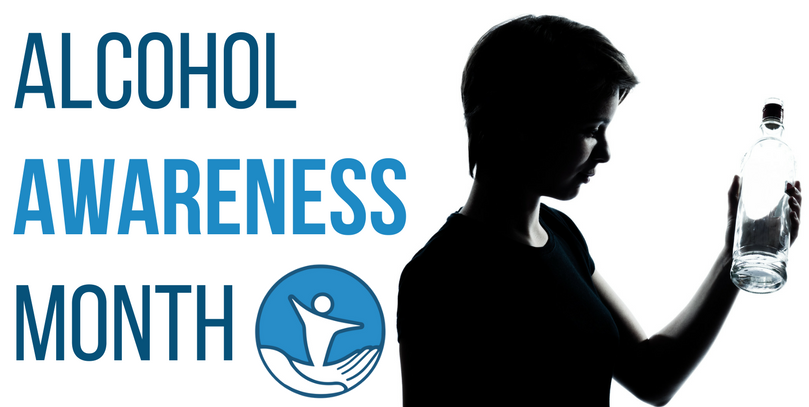 Did you know that April is Alcohol Awareness Month?

According to the Center for Disease Control and Prevention (CDC), excessive alcohol use led to approximately 88,000 deaths each year between 2006 and 2010. Among working-age adults between 20 and 64 years old, excessive drinking was responsible for 1 in every 10 deaths. Alcohol abuse is a greater risk than many people realize. Sadly, underage drinking in America has also become a very serious problem.

Back in April of 1987, the National Council on Alcoholism and Drug Dependence, Inc. (NCADD) began sponsoring the national observance of Alcohol Awareness Month in order to increase public awareness and understanding of the risks associated with alcoholism. America’s relationship with heavy drinking is already pretty intense, so taking the time for this month to reflect is probably a good idea.

A big goal of this observance is to reduce the stigma attached to alcohol abuse and addiction. Advocates are also encouraging local communities to focus on alcoholism and alcohol-related issues. Alcohol Awareness Month isn’t just for looking at the impacts on society, but also at the risks to the individual, and promoting education.

NCADD states that the theme for Alcohol Awareness Month is- “Changing Attitudes: It is not a rite of passage.”

The risk alcohol poses to young people is not something to take lightly, but sadly many people do. Too many parents are willing to overlook their children drinking underage because they have adopted the idea that drinking in your teens and early twenties is a ‘rite of passage’. This mindset actually minimizes the reality, which is that alcohol use is especially harmful to young people. But many parents just assume their kids will “get through it”. Parents frequently chalk the whole thing up to a “phase” that all young people experience. But is it safe to take it so lightly?

However, drinking is directly associated with many severe problems for young people. This shows that parents face some unique challenges when talking to children and young people about drinking and drug use. However, according to the NCADD, research has shown that kids who have conversations with their parents and learn about the hazards of alcohol and drug use are 50% less likely to use these substances than those who don’t. Parents have a critical position in alcohol abuse prevention. They have the power to help change the attitudes that lead to minimizing destructive behaviors like underage drinking.

Addressing the role parents can play in teaching their kids about the risks of alcohol is what this year’s Alcohol Awareness Month is all about.

Believe it or not, parents can help kids understand that using alcohol isn’t a healthy or effective way to feel or be independent. It might seem “cool” but it isn’t a safe or sustainable strategy for fitting in socially. People may think of drinking like a minor rebellion that provides a short-term solution, but that kind of logic can easily lead to a more serious long-term problem.

To put into perspective just how serious underage drinking is, we can take a look at more statistics from the CDC.

There are a lot of terrible consequences that result from underage drinking, including:

According to the CDC, young people who start drinking before age 15 are actually six times more likely to develop alcohol dependence and abuse later in life than people who begin drinking at or after age 21. So how can you get involved in making a difference? There are a lot of ways to acknowledge Alcohol Awareness Month.

April has a lot of local, state, and national events. These are opportunities to help educate people about the treatment and prevention of alcoholism, particularly among our youth. They are also meant to highlight the important role parents can play in helping kids better understand the impacts of alcohol.

Local NCADD Affiliates, as well as schools, colleges, churches, and countless other community organizations, will sponsor and host a number of activities, and you can even find a way to organize your own Alcohol Awareness Month events via the NCADD website. The NCADD even encourages everyone to participate in alcohol-free days.

An easy way to join the conversation is to follow #AlcoholAwarenessMonth

These events are also meant to encourage individuals and families to find help concerning alcohol-related issues. Sometimes this kind of awareness comes down to acknowledging the problem in your own life. Whether it is your own drinking, or that of a loved one, seeking help and support can change everything. Alcohol Awareness Month provides opportunities for prevention and promotes treatment for those who need it.

Alcohol abuse and alcoholism should not be taken lightly. In fact, alcohol withdrawal can be extremely dangerous. For those addicted to alcohol, it is not recommended to try and get off of alcohol without medical supervision. Safe medical detox is the most effective and supportive environment for those with an alcohol dependence. There are a lot of resources available to those who need the help. Alcohol Awareness Month is the perfect time to have that conversation with someone you care about.

Alcohol Awareness Month not only helps us understand the dangers of alcohol, but it reminds us that we are not alone. It helps us to see not only is alcohol dangerous but also that there is hope for those who have already suffered because of alcohol. If you or someone you love is struggling, please call toll-free now. We want to help.