Palm Partners Alumni: Marathon Runner and Triathlon Ironman 
Notice: Trying to get property 'session_id' of non-object in /home/palmhealthcare/public_html/wp-content/plugins/ninja-forms-legacy/deprecated/classes/session.php on line 122 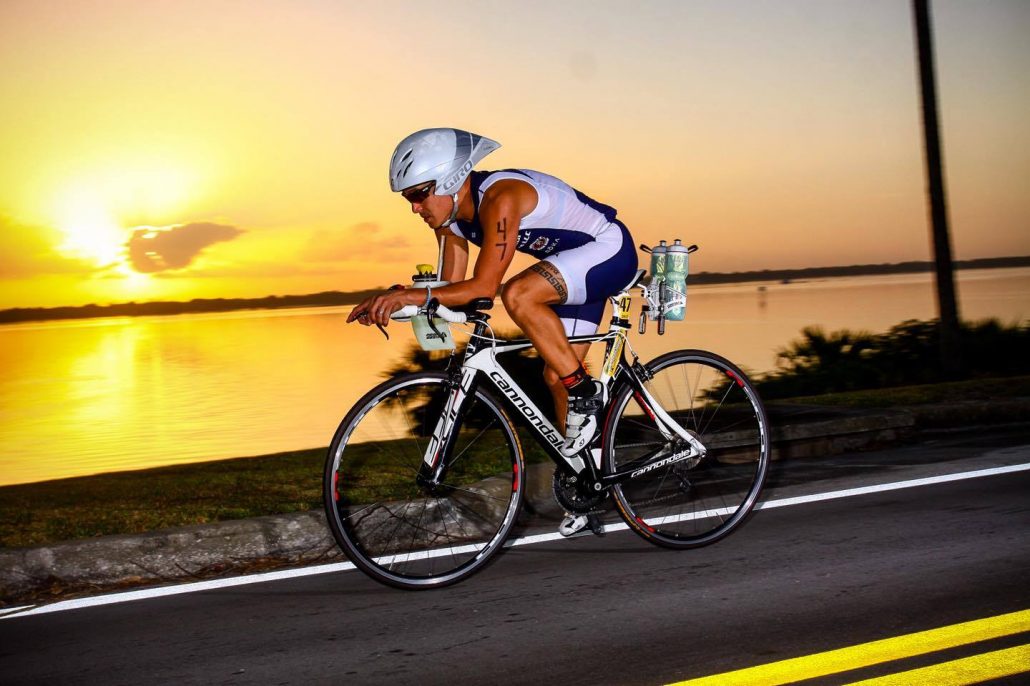 Recently Jeff Salinas, an Alumni from our Palm Partners facility contacted our Alumni department with some exciting news; on the road to recovery he hit the ground running, and soon will be competing in a triathlon, but it isn’t his first since he took off from the starting line he got while in treatment. Jeff shared with us an article written about his awesome new ambition on Florida Today, in which he was quoted saying

Coming up Sunday, July 25th is the fifth annual Indialantic Boardwalk Triathlon. This is Jeff’s next giant leap on the road of transformation and recovery. The report shares that Jeff has become a regular to the local triathlons, as much as possible, while also competing in local foot races. According to Jeff, all this athletic action is more than just a sport; it has made a lasting imprint on his life, especially in recovery from alcoholism.

At 43 years old, this powerful example of passionate self-improvement has always been an athlete, even before turning his life around. However, when he spoke with journalists about his new competitive edge, he shared how the decision to clean up his act gave him a breathtaking second wind.

“I finally battled those demons in 2015 … And then I trained for an Ironman triathlon. I made some life-changing moves, and to maintain them, I committed myself to the Ironman Florida Triathlon in Panama City.”

Jeff has been running a long time. Before, you may have said he was running from something. Today, however, it looks more like he’s running toward a better, brighter future.

Jeff has finished 7 marathons, and in 2013 he decided to try on a triathlon. Of course by his timeline, he was still actively drinking. Apparently he was able to put off drinking during triathlons and compete well enough.

It would appear that looking at the face value, one might categorize Jeff as a “functioning alcoholic”. He was working after moving with the company from San Diego. Jeff was providing for his wife Alpha and daughter Athena, not to mention caring for four dogs and staying active. Yet despite all the running, his drinking was catching up to him and gaining fast. When the question came in regards to if his drinking impacted his family, Jeff states in the interview:

“Bigtime. They’re the ones who got me into recovery. The most important thing is that you have to want it. You don’t go to make someone happy or because it is a good idea … You’ve got to do it for yourself; you have to make those life-changing decisions yourself. I had to ask myself, ‘Am I an addict or an athlete?’ ”

Jeff was put on a new track, with a new gym and new trainers who were ready to run a different kind of race with him; a race toward transformation.

Jeff Salinas found his way to Palm Partners, a Palm Healthcare facility that specializes in the treatment of people struggling with substance use disorder and dual diagnosis. In treatment Jeff found himself among recovering individuals of every economic and social background. While in treatment at Palm Partners Jeff experienced some of the most effective and innovative holistic methods, including personal trainers, exercise, good nutrition and yoga classes. Palm Partners and all Palm Healthcare facilities are designed to address every element of physical, emotional and mental recovery to help create lasting change. When asking Jeff about his experience with Palm Partners, and he wrote:

I remember during one of the classes in Palm Partners, we were to think of some kind of short term goal to have us look forward to in order to maintain our sobriety post Palm Partners.  I always did want to participate in an Ironman Race Triathlon, which is a 2.4 mile swim, 112 mile bike ride followed by a 26.2 mile run.  I thought, I can do this..

While in Palm Partners, this seed was planted.  After coming home and maintaining my sobriety , the “Pink Cloud” eventually wore off, and I was starting to get depressed again and lose my momentum in my drive of wanting to stay sober.  Then I remembered about the Ironman that I always wanted to do.  So I did what I could to sign up for that race which was a year prior to the event.  And from there, what’s in the FL Today article did follow suit.

I honestly do value the teachings and classes in PP.  And it’s all relative, it doesn’t have to be triathlon or running, but it’s that internal driving force we had since our youth of purity, but somewhere along the timeline of growing up we lost it through addiction.  Palm Partners helped me rekindle that fire inside me that almost went out.  And, I’m forever greatful…

After finding himself back in the present, Jeff said:

“In Delray, I took everything in and really determined that I wanted to change… And so I committed to triathlon.”

Jeff credits the structure and strict training the sport demands to much of his attraction to it. The training requires a great deal of focus and dedication to practicing the three specific forms, leaving not much energy for the thought of drinking. In his interview with Florida Today, Jeff states:

“I committed to a seven-month training plan for the Ironman and fitted it around work and my personal schedule,”

“I tried to do (recovery) meetings, but that wasn’t what I needed. Instead, I’d show up for training and then go home and feel spent. It has been showing up for training that has helped me change.”

Last November in Panama Beach Jeff reached a milestone in his journey to a more fulfilled life. Jeff went on to say,

“I knew my mission was over once I crossed that line, when the commentator announced, ‘Jeff Salinas, you are an Ironman!’ ”

Alpha and Athena supported Jeff through every step of this race; from the decision to enter treatment and then to crossing the Ironman finish line.

Staying on the Path

Jeff has run in:

Jeff has also qualified for and finished the Florida Triathlon, and is a member of the Donner Wealth Management Triathlon Team.

So what is next for the Palm Partners Alumni?

According to the report his new goal to finish the big race this Sunday in an hour, 10 minutes (give or take) to break his own record. After that- qualify for the Boston Marathon which he would like to do in November’s Space Coast Marathon.

One thing Jeff says during the interview that speaks volumes to his commitment to change is when talking about the race after-parties. Most of the events have food after, and beer is a common addition. Apparently the race community has plenty of it to go around. But in Jeff’s words,

Jeff Salinas will be putting his passion to the pavement at the Indialantic Boardwalk Triathlon this Sunday, June 25th at 7 AM. The event takes place in Nance Park, 100 Miramar Ave., Indialantic. The event is for the benefit of Candlelighters of Brevard in Indian Harbour Beach.

We are happy to cheer for our Palm Partners Alumni, especially when they are sharing how passion, dedication and transformation make such amazing things possible. Jeff Salinas is a moving example of how willingness and action can change your life. On the road to recovery, Jeff is truly a trailblazer. If you or someone you love is struggling with substance abuse or addiction, please call toll-free now.