Alcohol Awareness Month: 6 Important Things to Remember in 2019 - 
Notice: Trying to get property 'session_id' of non-object in /home/palmhealthcare/public_html/wp-content/plugins/ninja-forms-legacy/deprecated/classes/session.php on line 122

Help for Today, Hope for Tomorrow 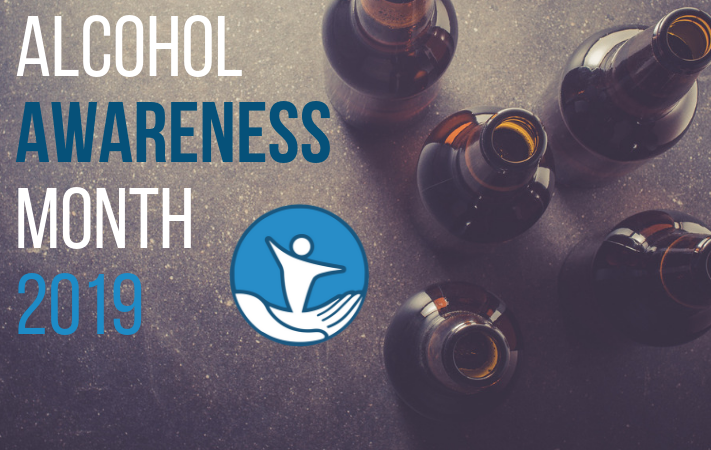 While the first of April is typically reserved for pranks and practical jokes, the rest of the month is also for some more serious observances. One of those being Alcohol Awareness Month. For the year 2019, the focus is underage drinking, and reports show the theme is “Help for Today, Hope for Tomorrow.” The hope is that we can take this chance to spread education to young people about the dangers of alcohol abuse, and share ways to get help.

Despite the fact that most of the headlines these days focus on the opioid crisis, alcohol abuse and addiction continue to rise all over the country. While alcohol may not be as notorious today as fentanyl or heroin, death rates relating to alcohol are still staggering, and the health problems associated with excessive alcohol use are steadily growing.

Underage drinking is one of the most important issues we face when talking about alcohol abuse. Despite the fact the is it illegal for people under 21 years old to consume alcohol, people aged 12 to 20 years actually drink 11% of all alcohol consumed in the United States.

According to a 2017 Youth Risk Behavior Survey of high school students, during the past 30 days:

Every year, approximately 6,500 people age 21 and under die due to alcohol-related accidents. Many of these young people are not even drinking themselves. Another nationwide survey in 2017, the Monitoring the Future Survey, shows that:

For parents, these statistics can be unsettling, to say the least. While most parents want to believe that their kids are the exception to the rule, it is still vital that families talk about the risks of alcohol use, binge-drinking, and drunk driving.

According to the Center for Disease Control and Prevention (CDC), there is a range of severe side-effects relating to underage drinking, including:

For underage drinkers, the risk of experiencing these issues is far greater for those who participate in binge-drinking. Additionally, those who engage in excessive drinking earlier in life are more likely to develop alcohol use disorder later on.

Firstly, we believe it is important to acknowledge the history of Alcohol Awareness Month. The annual observance was first established back in 1987, created to reduce the stigma of alcoholism and support local communities in their efforts to address alcohol-related issues.

The program began with the intention of targeting college-age students. Many young people at the point in life tend to drink too much as part of their independence. Meanwhile, many parents mistakenly shrug excessive alcohol use off as a ‘rite of passage’ for young people. However, the true nature of their drinking can be far more dangerous.

Over the last several decades, alcohol abuse among teens has not gone away. That is why Alcohol Awareness Month is just as important today as it was the day it began.

Since the conversation around alcohol awareness will frequently reference alcohol use disorder, it is also important to establish a clear definition of AUD. The National Institute on Alcohol Abuse and Alcoholism (NIDAA) defines alcohol use disorder as:

“A chronic relapsing brain disease characterized by compulsive alcohol use, loss of control over alcohol intake, and a negative emotional state when not using.”

Furthermore, the most recent edition of the Diagnostic and Statistical Manual of Mental Disorders (DSM-5) published in May of 2013 made some updates to the diagnostic criteria. Some of the symptoms of Alcohol Use Disorder listed in the DSM-5 include, but are not limited to:

It also categorizes AUD with different levels of severity, including:

Alcohol use disorder is incredibly dangerous, and the withdrawals can range from uncomfortable to life-threatening for those with severe physical dependence. That is why it is critical for those who struggle with alcohol use disorder to seek out a safe medical detox when trying to quit drinking.

It is true that one of the most devastating drug epidemics in America is the opioid crisis. However, one could argue that an alcohol epidemic just as pervasive and devastating has been happening in the background. While it may be different because it is legal and far more socially acceptable, alcohol is behind staggering numbers of deaths across the country. Likewise, alcohol use and abuse are far more prominent than most people realize.

Needless to say, one of those ever-important alcohol-related issues is the prevalence of underage drinking. Just a few years ago in 2015, the National Survey on Drug Use and Health (NSDUH) conducted a number of studies. According to the data:

Overall, approximately 88,000 people die from alcohol-related causes every single year. To put that in perspective, 70,200 people died due to drug overdose deaths in 2017.

The alcohol epidemic also contributes to other serious issues around the world, including:

Needless to say, if we look at alcohol the way we look at most drugs, we’d probably see these statistics a lot differently. The alcohol epidemic is all around us. Every year tens of thousands of people are losing their lives, but because we see beer commercials on television and drive past liquor stores every day we don’t realize how serious it is.

Alcohol Awareness Month is also about shedding some light on this tragic reality in hopes that we can turn it around.

In addition to alcohol abuse and AUD, there are a number of health concerns that arise from excessive and prolonged alcohol use. In fact, some researchers have noticed an influx of alcohol-related health programs, including:

Some have even attributed these new rates to an increase in the potency of some alcoholic beverages. During Alcohol Awareness Month, we should also bring attention to the multitude of serious health risks associated with the substance. Some of the most common health problems associated with alcohol use include:

Excessive drinking can cause lower numbers of oxygen-carrying red blood cells. This condition, commonly known as anemia, can create a variety of symptoms, including:

Heavy drinking, especially binge-drinking, can cause blood pressure to surge. Over time, this effect can become chronic and lead to other serious health issues, such as:

Physicians and scientists agree that habitual drinking increases the risk of cancer. Most believe this risk comes from the body converting alcohol into acetaldehyde. Cancer sites frequently attributed to alcohol use include:

Cancer risk is only further exacerbated by tobacco use.

Alcohol is toxic to liver cells. As a result, heavy drinkers often develop cirrhosis. With this condition, the liver is so heavily scarred that it is unable to function, which can be lethal.

On one hand, heavy alcohol consumption can actually cause epilepsy. Conversely, it can also trigger seizures in people who don’t have epilepsy or interfere with medications used to treat convulsions.

In order to address underage drinking, families, and communities have to work together to spread education and prevention. Alcohol Awareness Month helps highlight these efforts and bring the conversation to the forefront. Not only does this mean promoting prevention for young people, but also offering treatment opportunities for those in need.

With alcohol use disorder being such a significant aspect of this issue, it is crucial that young adults and their families understand the importance of comprehensive alcohol addiction treatment. Not only is it the safest and most effective way to safely discontinue alcohol use, but a personalized treatment program can help an individual establish a strong foundation for continued recovery. Long-term sobriety is about more than just surviving the physical withdrawals and health problems. Recovery is also about developing the life skills and coping mechanisms that support a healthy lifestyle beyond addiction.

For over 20 years, Palm Healthcare Company facilities have provided the best in comprehensive treatment opportunities for those struggling with alcohol use disorder. If you or someone you love is struggling, do not wait. Please call toll-free now. We want to help.